Asistant to President comments on reports about destruction of Armenian chapel 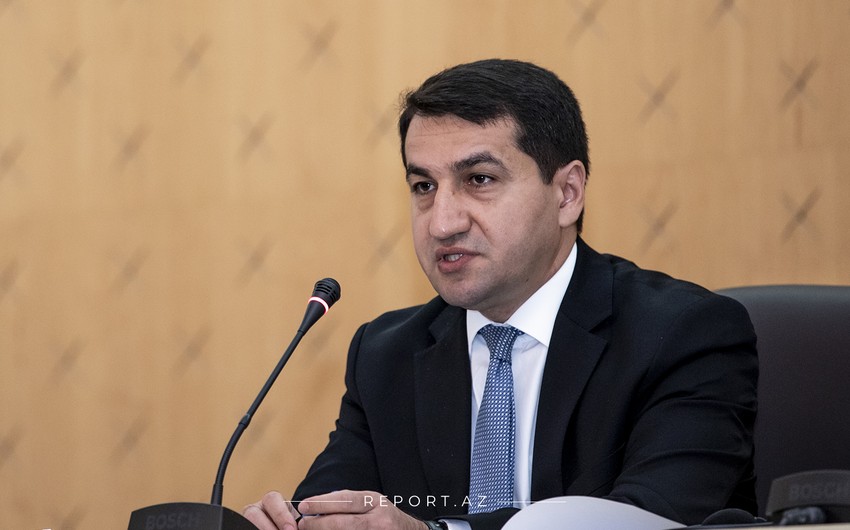 Assistant to the President of Azerbaijan, head of the Foreign Policy Department of the Presidential Administration Hikmet Hajiyev commented on media reports about the demolition of an Armenian church in Azerbaijan's Jabrayil district liberated from the Armenian occupation.

"In 2017 upon appeal of Azerbaijan, OSCE MG Co-Chairs visited an illegal chapel built in Jabrayil. They concluded that this is a chapel built in a military compound for the service of soldiers. Any attempts to change the religious/cultural nature of seized lands illegal."

According to him, while everything related to the Azerbaijani heritage was insulted in Karabakh, the illegal construction of a military chapel contradicts the basic principles of Christianity.