Article on Remembrance Day published by influential Peruvian media outlet The official portal of the Federation of Peruvian Journalists has published an article entitled "September 27 - Day of Remembrance in Azerbaijan" authored by the vice-president of the organization, well-known Peruvian journalist Ricardo Sanchez, who visit 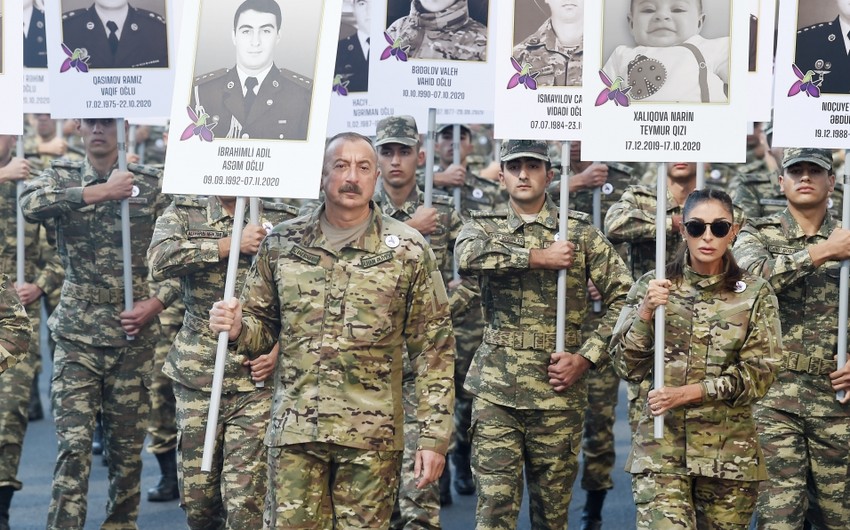 The official portal of the Federation of Peruvian Journalists has published an article entitled "September 27 - Day of Remembrance in Azerbaijan" authored by the vice-president of the organization, well-known Peruvian journalist Ricardo Sanchez, who visited Azerbaijan's liberated territories, informs.

According to the Azerbaijani Embassy in Mexico, the article was based on a statement issued by the Ministry of Foreign Affairs of Azerbaijan on Remembrance Day. The article says that Azerbaijan started retaliatory measures within the framework of the law and in full compliance with international humanitarian law, thus began the 44-day Patriotic War.

The author noted that this war ended Armenia's nearly 30-year policy of aggression, and Azerbaijan restored its territorial integrity, independently implemented the relevant UN Security Council resolutions of 1993, and restored the rights of about one million Azerbaijanis.

He noted that the end of the occupation of Azerbaijani territories reveals widespread violations of international law, such as mass mining by Armenia, the deliberate destruction of Azerbaijan's historical, cultural and religious heritage, looting of natural resources, and destruction of infrastructure during the decades. The article also says that evidence of numerous war crimes committed by Armenia has also been found: "Azerbaijan has appealed to the European Court of Human Rights and the International Court of Justice to bring Armenia to justice for violations of international humanitarian law and human rights."

"The Government of Azerbaijan is currently carrying out reconstruction work in the liberated areas, taking consistent steps to ensure the safe and dignified return of Azerbaijani IDPs to their homes and the reintegration of these lands. According to the tripartite statement of November 10, 2020, Azerbaijan is taking measures to ensure lasting peace, security, and prosperity in the region.

Azerbaijan is ready to normalize relations with Armenia on the basis of strict adherence to the principles of international law, such as sovereignty, territorial integrity, and inviolability of international borders," the article added.