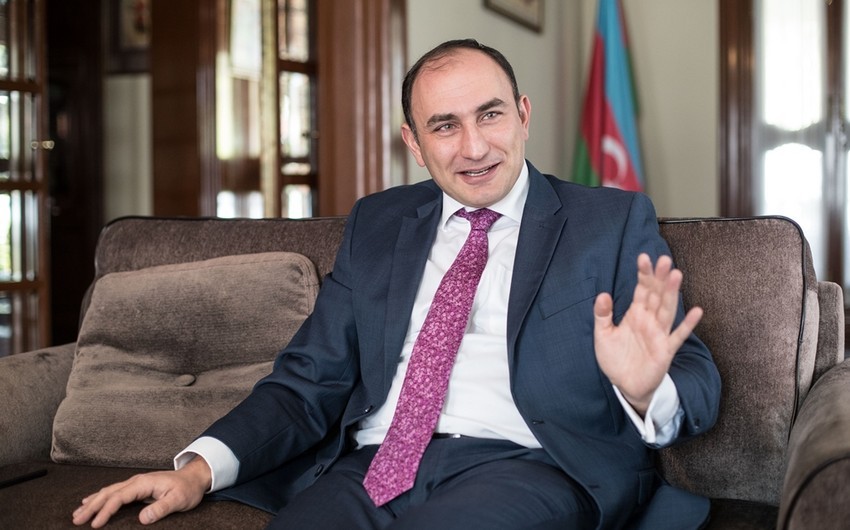 Based on an interview with Mammad Talibov, Ambassador of the Republic of Azerbaijan to Mexico, the leading Mexican newspaper El Economista published an article on the Armenian aggression, attempts to destroy the historical and cultural heritage of Azerbaijan in our lands occupied for almost 30 years, the post-conflict situation in the region and the economic and social development of Azerbaijan.

The article says that Armenia's territorial claims against Azerbaijan, which began in the former Soviet Union, led to the occupation of internationally recognized territories of our country during independence, hundreds of thousands of our compatriots living in Armenia and occupied territories were exposed to ethnic cleansing and an attempt was made to destroy the historical and cultural heritage of our people for about 30 years in the lands we liberated during the 44-day war.

Until recently, Azerbaijan's economic growth was said to be mainly based on the export of hydrocarbon resources, but according to President Ilham Aliyev, 'the global oil era is over,' and the process of 'turning black gold into human gold' has been successfully implemented.

Touching upon bilateral relations with Mexico, the ambassador noted that both countries have mutual diplomatic missions. Talibov said that Azerbaijan appreciated Mexico's stable position on international law in the conflict.