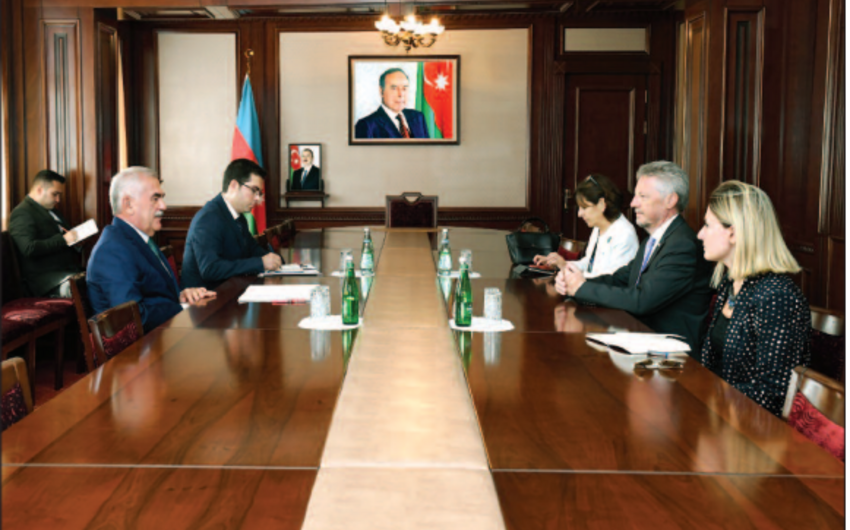 Chairman of the Supreme Assembly of Nakhchivan Autonomous Republic Vasif Talibov has met with Ambassador Extraordinary and Plenipotentiary of the Argentine Republic to Azerbaijan Sergio Osvaldo Perez Gunella, informs.

According to the press service of the Nakhchivan Supreme Assembly, Vasif Talibov spoke about the relations between Azerbaijan and Armenia, noting that Nakhchivan is under blockade as a result of Armenia's policy of aggression.

Noting the work done in the field of socio-economic development of the autonomous republic, the introduction of new technologies, as well as food and energy security, the speaker stressed the potential for developing relations between Nakhchivan and Argentina, especially inter-university cooperation.

Expressing gratitude for the attention and sincerity, Sergio Osvaldo Perez Gunella expressed satisfaction with his visit to Nakhchivan. Emphasizing the importance of his visit to the autonomous republic, the diplomat said that Nakhchivan is very attractive for foreigners and the development of the autonomous republic opens opportunities for cooperation in many areas.

The sides exchanged views on issues of mutual interest and took a photo.