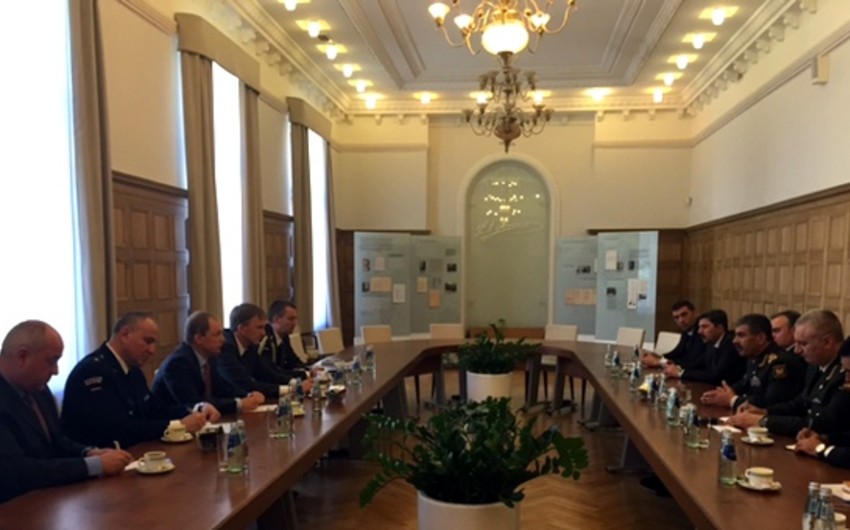 Baku. 3 July. REPORT.AZ/ On a visit to Latvia, Azerbaijani Defense Minister, Colonel-General Zakir Hasanov met with the Secretary of State of the , Andrejs Pildegovičs.

Report was told in the press service of the Ministry.

The sides expressed satisfaction with relations in the military sphere and level of development between Azerbaijan and Latvia, said the importance of expansion of cooperation in other areas.

The Latvian side was informed about the futility of negotiations to settle the Armenian-Azerbaijani Nagorno-Karabakh conflict, Armenia is not fulfilling the requirements of the UN Security Council on unconditional withdrawal of Armenian forces from occupied Azerbaijani territories and other issues.

Z.Hasanov thanked the Latvian Saeima and the people for making a declaration on the genocide committed by Armenians against Azerbaijanis in Khojaly.

Andrejs Pildegovičsin turn, said that Latvia has always supported the peaceful settlement of the Armenian-Azerbaijani Nagorno-Karabakh conflict on the basis of principles and norms of international law in the framework of the sovereignty and territorial integrity of Azerbaijan.

He said that Latvia supports and will support Azerbaijan's position on the right of all activities carried out by a number of international and European structures.

The meeting discussed issues of Azerbaijan's participation in international peacekeeping operations, demonstrations against a particular position that threaten our countries, and international terrorism, separatism, and touched the mutual interest of regional and international issues.