​Ambassador: Hungary has technology that could be useful for Azerbaijan - INTERVIEW

​Ambassador: Hungary has technology that could be useful for Azerbaijan - INTERVIEW "Hungary and Azerbaijan have close political ties"
1279 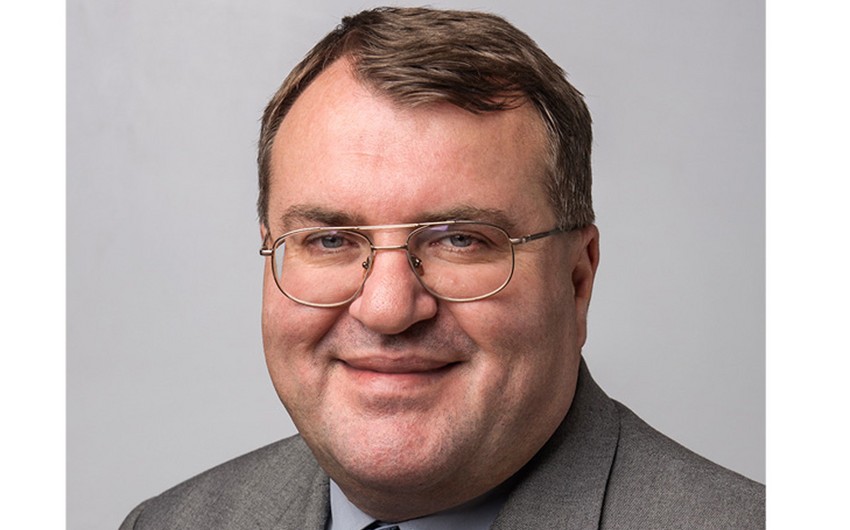 - What goals do you set as an ambassador of Hungary to our country?

- First of all, Hungary and Azerbaijan have close political ties. Our leaders have reliable friendship. We both have strong leaders. Our Prime Minister has become more popular in the world, and your president is known worldwide. Good political relations, of course, are also reflected in other areas of bilateral cooperation.

Coming to trade and economic relations, the Azerbaijani side, and we believe that this area has great potential. We have great opportunities, and hence, my goal as ambassador is to strengthen our trade and economic ties. Now we only need to work to ensure that our enterprises and companies find some contact points, which would be beneficial for our peoples.

The last year, the level of turnover amounted to 79 million USD, this year it will be a bit higher, but my goal is to make it reach at least 100 million USD.

- In what areas do you think it is possible to deepen relations?

- There are several areas. First of all, I would say the information and communication field. In this area, Hungary, despite its small size, can offer something worthwhile. Working in this field, Hungarian companies are very innovative, creative, and keep up with the US, Russia, India, etc. Hungarian people are also very talented. We have 12 Nobel Prize winners, which is a great indicator for Hungary.

As you know, Hungary has no oil and gas, but there is creativity. Therefore, small and medium businesses in this area have to do something from nothing. The attractiveness of our products in comparison with the Western is that it is 20-30% cheaper.

The second area in which I think, our countries can cooperate, is agriculture. Hungary has the technology that could be useful for Azerbaijan. We have passed the transition from a socialist economy to a capitalist. I believe that agriculture in Azerbaijan is also at this stage. So Hungary can help here too.

- Hungary and Azerbaijan have signed an agreement, according to which 200 Azerbaijani students will be able to study at the expense of the Hungarian government. How is the agreement implemented?

- In general, the agreement is very successful. If I'm not mistaken, next year 57 Azerbaijani students will be able to study at universities in Hungary. There were a lot of willing people, but it is the exclusive right of the Education Ministry of Azerbaijan to choose those who can get education in Hungary. I believe that this is one of the most successful areas of our cooperation.

- How many Azerbaijani tourists have visited Hungary? What prospects do you see for the development of these relations?

- According to Hungarian statistics, about 2,600 people visited Hungary last year. But it is the statistics of those stayed in hotels. This is a small figure compared with the fact that Hungary, with a population of 10 million people is visited by over 50 million people every year, most of whom are tourists. We have promoted Hungary for several years, and now we see the results. Why are we attractive? This is our history and architecture, and Budapest, which is considered by many people the most beautiful capital city in the world. Tourists get the same services, buy the same goods, but much cheaper. It also attracts tourists.

Well, Lake Balaton also attracts travelers. Tens of millions of people relax around the lake in the summer. And yet, maybe someone knows, Hungary is the second country in Europe in terms of thermal springs. Everyone knows the Czech Karlovy Vary, but in Hungary there is a resort where the water is much better to get treated than in Karlovy Vary.

Besides, I have good news, WizzAir airline resumes flights to Azerbaijan from March 27. In this case it is necessary to express gratitude not only to companies, but both sides have gone on mutual concessions. Our political leaders also had a hand in this case.

- How Hungary can contribute to strengthening of relations between the EU and Azerbaijan?

- It may be in different areas. The decision on the twinning project worth 1.08 million Euros was reached last week. According to this agreement, experts from Hungary and France will help to educate Azerbaijani farmers. This will enhance the knowledge of Azerbaijani specialists.