Ambassador: Czech Republic is interested in developing relations with Azerbaijan 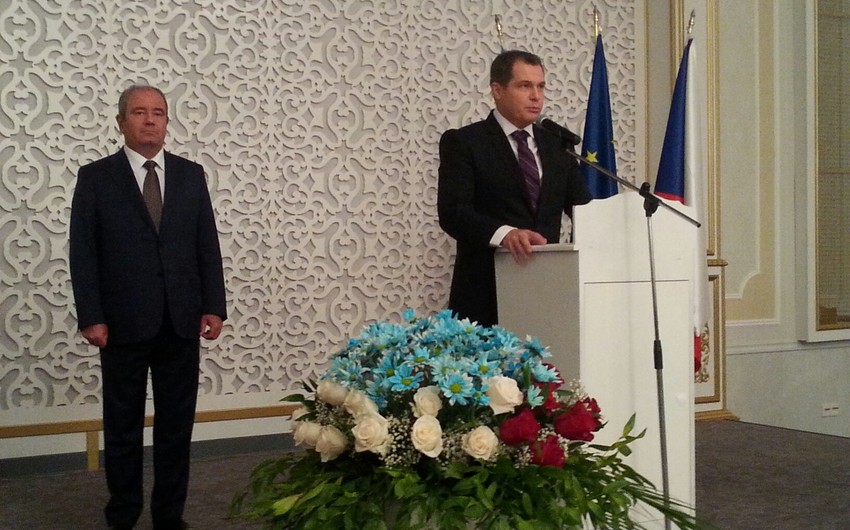 Baku. 22 October. REPORT.AZ/ Baku hosted an event dedicated to the Independence Day of the Czech Republic.

Report informs, opening the event, Czech Ambassador to Azerbaijan Witezslav Pivonka said that the Czech Republic is interested in developing relations with Azerbaijan, and one of the clearest evidence of it is a visit of the Czech President Milos Zeman to Baku in September and signing a joint declaration on strategic partnership.

"Our relations with Azerbaijan are based not only on strong partnership, but also on the bonds of friendship between the two countries and two populations", said Ambassador.

In turn, Minister of Communications and High Technologies Ali Abbasov congratulated the government and people of the Czech Republic on the occasion of the Independence Day. He also stressed that, visit of the Czech President to Azerbaijan in September became the next point for development of bilateral relations.

According to him, relations between countries are developing in all areas: economy, culture, science, education, information technology, and etc.

The event was attended by heads of diplomatic missions accredited in Azerbaijan, MPs, public figures of the country.