Ambassador: Azerbaijan shows solidarity with US in difficult times

Ambassador: Azerbaijan shows solidarity with US in difficult times Robert F. Cekuta: I convey these messages to Washington 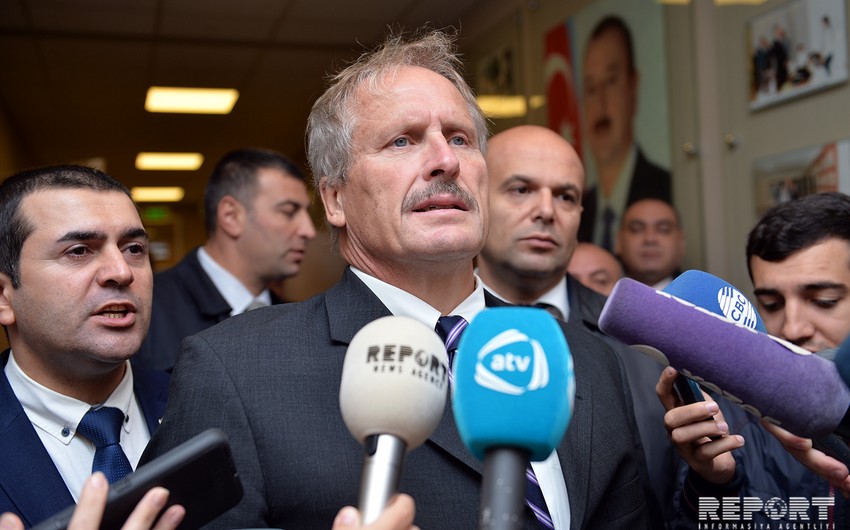 Baku. 3 October. REPORT.AZ/ "I have been receiving condolences from Azerbaijani officials since yesterday in regard with the killing of people during the Las Vegas festival. President Ilham Aliyev and Foreign Minister Elmar Mammadyarov gave their condolences to the United States."

"This is a sign of Azerbaijan's solidarity with the United States in such a difficult time. We see it and I convey these messages to Washington", the diplomat stressed.

The Ambassador noted that the incident in Las Vegas is a major tragedy: "I hope the wounded will recover soon. This is a terrible event, but we need to find strength and continue to live".