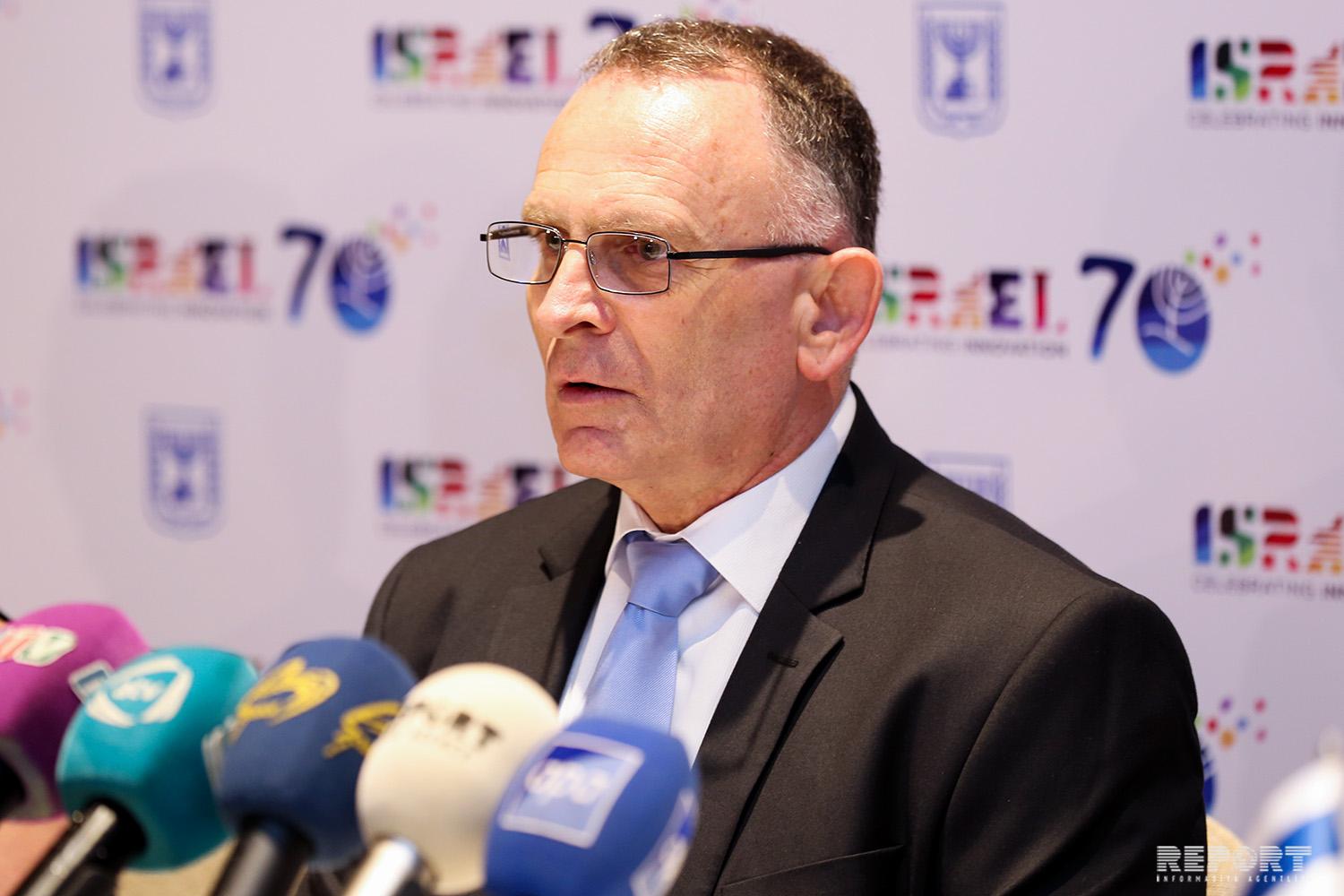 Baku. 3 May. REPORT.AZ/ "Israel, like Azerbaijan, has managed to strengthen its economy, build a united society and a stable government, despite lasting conflict with its neighbors."

Report informs, Israeli ambassador to Azerbaijan Dan Stav said at a press conference dedicated to the Independence Day of his country.

He said Israel and Azerbaijan are strategic partners: "After Azerbaijan declared its independence, Israel was the fourth country to recognize its independence. The two countries established multilateral and strategic relations based on defense and energy cooperation, and relations between our countries are now increasing in the private sector. One of these fields is agriculture. At the same time, the number of Israeli companies operating in Azerbaijan is growing. And Israeli tourists coming to Azerbaijan this year are expected to increase by three times and exceed 50,000. I am sure that all of them will become goodwill ambassadors of Azerbaijan in Israel. "

The ambassador noted that the specific part of bilateral relations is that Jewish communities existed in Azerbaijan from ancient times.