Ali Hasanov: Azerbaijan-US cooperation will further continue 'We hope our expectations on Karabakh will come true' 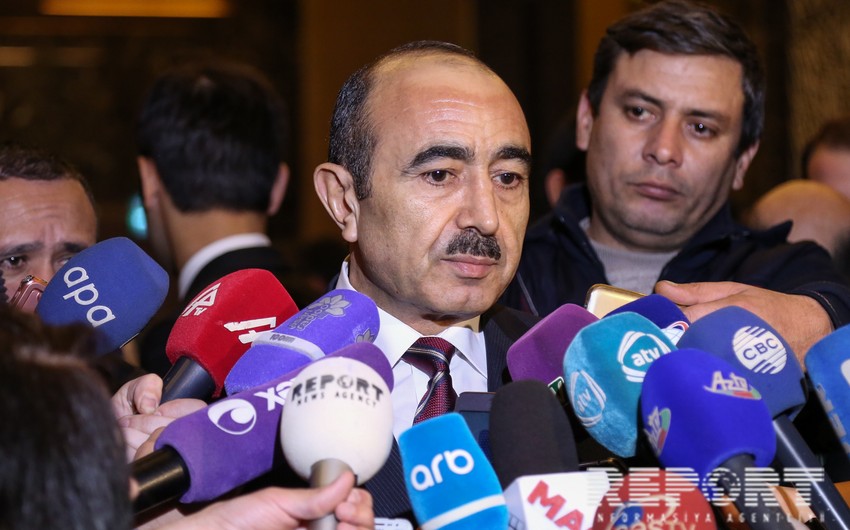 "We hope, our expectations on Karabakh will come true"

Baku. 10 November. REPORT/ "Donald Trump's election as a US president is the choice of its people. As the international community, Azerbaijan, also, respects this election. The two countries cooperate in many fields. This cooperation will further continue."

"The people of the USA have made their choice and elected Donald Trump as President. This is the choice of the people of America, and like all members of the world community Azerbaijan respects this choice and is looking forward to cooperating with Mr. Trump,” the Azerbaijani President's Assistant for Public and Political Affairs Ali Hasanov has told journalists.

“Azerbaijani President Ilham Aliyev sent a letter of congratulation to Donald Trump on his election as U.S. President."

The Pesidential Assistant hailed the very successful areas of cooperation between Azerbaijan and the U.S., including international cooperation in energy sector, regional and international transportation, and cooperation in the field of communications. "Ensuring security is another area of cooperation between the two countries. For many years, we have contributed to global peacemaking operations together with the United States. The Azerbaijani soldiers shoulder to shoulder with the U.S. soldiers are taking part in peacemaking operations in Europe and other hot spots around the world," Ali Hasanov said.

"Other areas can also be mentioned. Cooperation in these fields will continue to develop. But our greatest expectation, which was also noted in President Ilham Aliyev's letter, is that the United States, as a co-chair of the OSCE Minsk Group will further intensify its activities and make them more dynamic. We believe that, finally, under Donald Trump the U.S. will speed up its efforts within the OSCE Minsk Group, that Armenia-Azerbaijan Nagorno-Karabakh conflict, which has been awaiting its settlement for many years, will be resolved, and that the current status-quo will be changed and that some dynamism will be brought to the process," he said.

Ali Hasanov said that cooperation between the two countries in other areas will also continue to develop.