Ali Hasanov: Azerbaijan's global position has become more visible in Europe 'We want Azerbaijan to be center of the world' 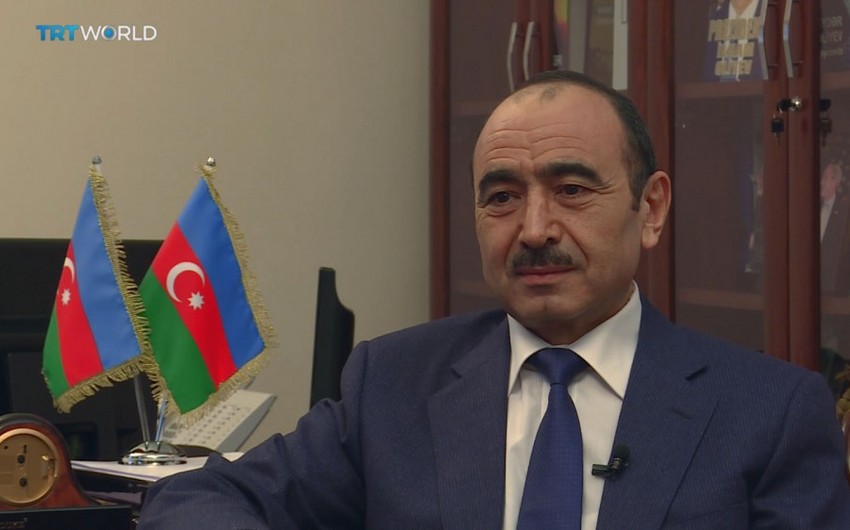 Report informs, Assistant to the President of the Republic of Azerbaijan for Socio-Political Issues, Ali Hasanov said in an interview with Turkey's TRT WORLD channel.

Hasanov underlined that Azerbaijan is the author of a number of global energy and transport projects: "Azerbaijan has become a logistics center. Baku-Tbilisi-Ceyhan oil pipeline, Baku-Tbilisi-Erzurum gas pipeline, Baku-Tbilisi-Kars railway, TANAP, TAP projects were supported by Azerbaijan's initiative and its allies. We have built the Baku-Tbilisi-Kars railway together with Turkey. We have succeeded in railway joining the East and the West. If cargo would be delivered from China to Europe for 35-40 days, currently, it will take only 14 days. Now, Azerbaijan builds the same route with Iran and Russia. Azerbaijan is in the center of these roads. We want Azerbaijan to be center of the world. All these achievements have realized over the past 20 years."