Ali Hasanov: At the 18th Eurasian Economic Summit, we will urge that Armenia be pressed

Ali Hasanov: At the 18th Eurasian Economic Summit, we will urge that Armenia be pressed 'Azerbaijan will actively participate in the panels of the Summit' he says 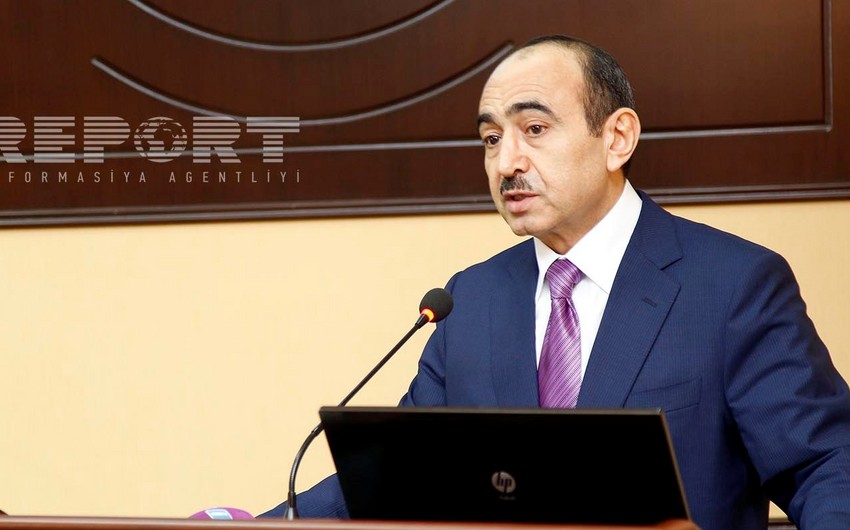 Baku.9 April.REPORT.AZ/ “At the 18th Eurasian Economic Summit, we will urge that Armenia be pressed,” the Azerbaijani President`s Aide for Public and Political Affairs Ali Hasanov has told journalists as he attended the Summit in Istanbul.

“Azerbaijan attends such events as a player equal to regional powers like Russia, Turkey, Iran, as well as EU countries, the US and China that pursue geopolitical, geo-economic and military geo-strategic interests in the region. That’s why Azerbaijan considers its participation in the Eurasian Economic Summit, which brings together representatives from more than 40 countries of the region, as important and topical.”

Mr Hasanov said: “We will also speak of the Armenia-Azerbaijan conflict. For many years Armenia has jeopardized peace in the region and kept Azerbaijani lands under occupation. We will urge the participating states and NGOs to press Armenia. We will reiterate that Armenia`s non-constructive policy prolongs the conflict. Armenia doesn`t fulfil the resolutions of the UN Security Council demanding withdrawal of the Armenian armed forces from Azerbaijan`s lands. We will remind the delegations of this.”

“Azerbaijan will actively participate in the panels of the Summit that will address the issues of energy, transport, communications, public and political matters, and security in the region,” the Presidential Aide added.