Maksim Medvedev responds to Henrikh Mkhitaryan "Your letter addressed to the Presidents of the OSCE Minsk Group Co-chair countries does not correspond to your mission as a UNICEF Goodwill Ambassador, since it contains many false statements," M. Medvedev said
140 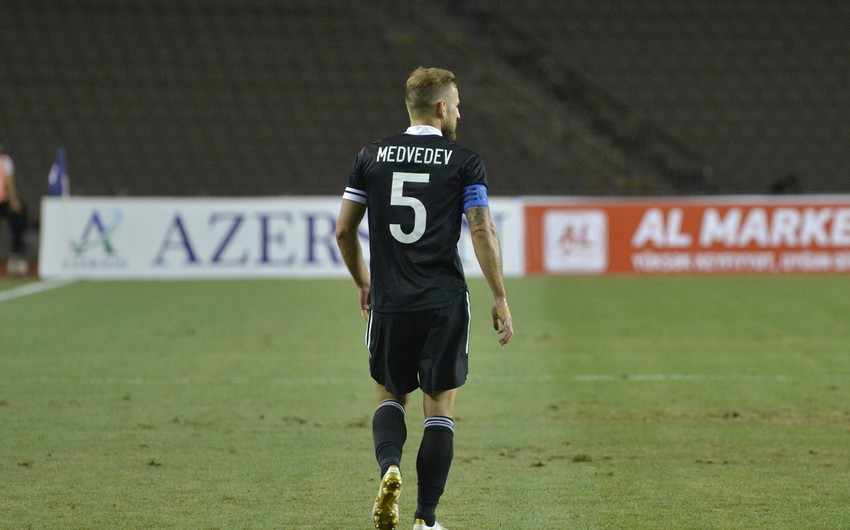 "Your letter addressed to the Presidents of the OSCE Minsk Group Co-chair countries does not correspond to your mission as a UNICEF Goodwill Ambassador, since it contains many false statements.

Your reference to Azerbaijani aggression is incorrect. Armenia committed the true aggression against Azerbaijan. Armenia invaded and occupied one-fifth of Azerbaijan's territory and conducted ethnic cleansing against about 1 million Azerbaijanis. In the course of aggression, the armed forces of Armenia committed numerous crimes against humanity. These crimes included the Khojaly Genocide, where Armenia killed 613 innocent civilians, including 63 children.

Claiming that your homeland is in danger is baseless. Fighting is happening exclusively within the internationally recognized territory of Azerbaijan.

I want to remind you of 4 UN Security Council Resolutions of 1993 demanding immediate, complete, and unconditional withdrawal of Armenian occupying forces from Azerbaijan's occupied territories. Armenia is rejecting these essential documents.
The latest military escalation started after Armenia shelled civil and military positions of Azerbaijan on 27 September. Using mercenaries from Syria, Lebanon, and other Middle East countries, Armenia targets Azerbaijani civilians, even in the densely populated areas far from the frontline. This is a blatant violation of international humanitarian law. As a result, 28 civilians, including two siblings, 13 and 14 years old, were killed, 144 civilians were injured, 66 civilian facilities and 427 houses were destroyed.

You claim to be worried about the Christian heritage and values in the conflict zone. Let me tell you that as a multiethnic and multicultural country, Azerbaijan preserves the entire cultural and historical heritage on its soil. Even today, one can see the Armenian Church in the Baku downtown. Unfortunately, all of the Azerbaijani heritage has been vandalized by Armenia in the occupied territories and Armenia itself.

As to your concern about the death of young people, the best way to prevent it is to urge Armenia's government to fulfill the international community's demands to withdraw its military forces from our occupied lands. I, Maksim Medvedev, born, raised, and have always been playing in Azerbaijan, am sure that immediate withdrawal of Armenian troops from the occupied territories can pave the way for peace in our region."