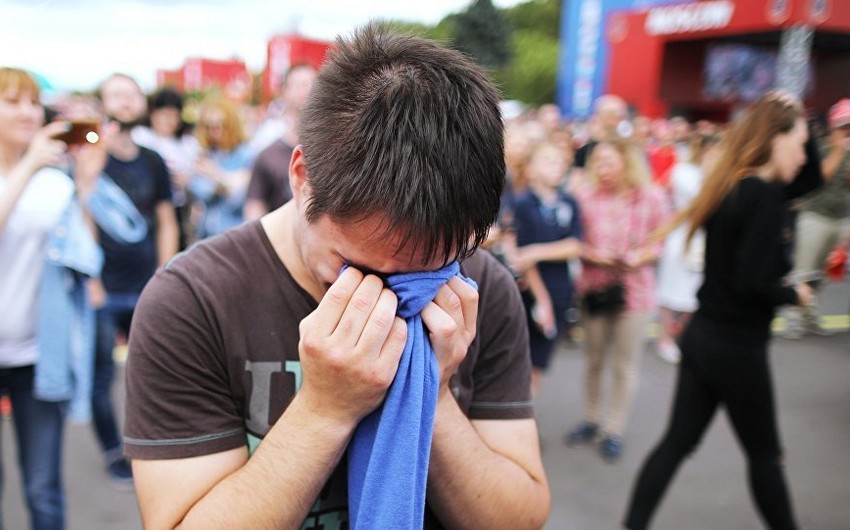 Baku. 12 July. REPORT.AZ/ Two people wanted by Interpol were arrested while watching the semi-finals match between Croatia and England at the World Cup.

Report informs, police detected them among 25,000 fans in public place. One of them was Armenian Rafik Asatryan, who avoided from military service. It is unclear whether he evaded from Armenian or Russian army.

Another person was Andrey Zgardanov, who was sentenced to prison for a year for his assault on the police. They have been detected through video cameras with a system that recognizes the face.

Notably, since the beginning of the world championship 300 criminals have been arrested in 11 cities of Russia within the framework of the "Continget-2018" operation. Among them are drug traffickers, swindlers, thieves, and those who do not pay alimony.