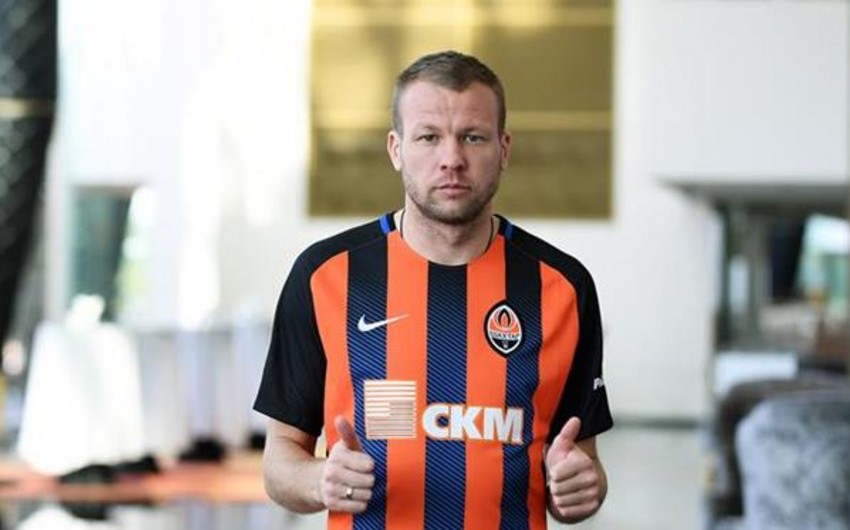 Report informs, the club's official website did not disclose the terms and financial side of the deal with 31-year-old striker.

At the beginning of career in 2005-2014, Fomin also belonged to this club. He scored 5 goals in 30 games.The experienced forward said he was glad to return to Shakhtar again: “By putting all efforts, I must prove that I'm coming to Shakhtar not just for fun. I will do my best for team’s new achievements”.

Notably, Ruslan Fomin performed at Gabala in the second half of the 2014-2015 season. But he could not score a goal in 16 games. His last team was Ukrainian Mariupol. Shakhtar took first place in the Ukrainian Premier League with 42 points after 19 rounds. Donetsk team reached Champions League 1/8 finals. The rival is Rome (Italy) that played in the same group with Qarabag FC.