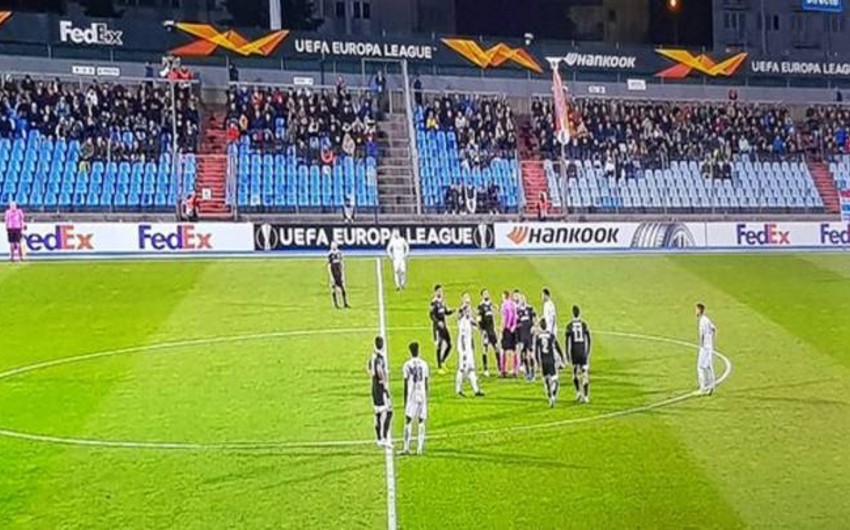 The UEFA Disciplinary Committee postponed its decision on the incident that occurred in Qarabag’s first match within the Europa League group stage.

Report informs citing the association that the incident that occurred on September 19 in the match against Spain's Sevilla was considered yesterday. However, the decision will likely be announced next week.

Fans threw away objects in the match which was held at the Tofig Bahramov Republican Stadium. This happened after Andalusian footballer Chicharito opened the score in the 62nd minute.

Regarding the Armenian provocation that occurred on October 3 in Luxembourg against Dudelange, UEFA has not yet made any comments on this incident. In this match, a drone carrying the flag of separatist regime of Nagorno appeared in the center of the stadium after the second goal of Qarabag. As a result, the game was suspended and resumed from 24th minute.