Trabzonspor FC player: "I have not made a choice between Azerbaijani and Turkish nationals yet" 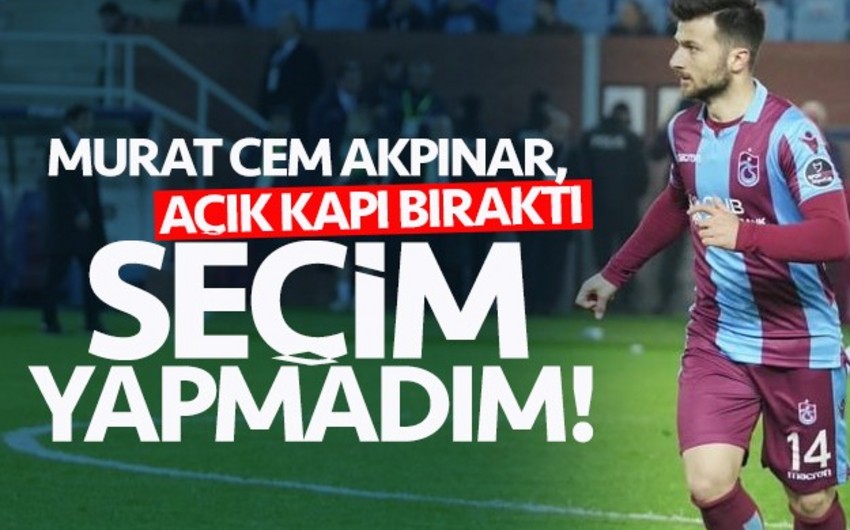 Trabzonspor FC player Murat Cem Akpınar has not made a choice between Azerbaijani and Turkish nationals yet.

Report informs that the 20-year-old midfielder said this at the 61-hour portal. He said he did not make the final decision: "I played for low age groups of national teams of Azerbaijan. If there is an offer, I can also play in Turkey's main squad. I have not chosen yet."

Notably, Murat Cem Akpınar made a speech at the Azerbaijan U-17 National Team earlier. He had scored 2 goals in 13 games within the team led by Tabriz Hasanov in 2016. The Trabzonspor midfielder, who has grown up from a team of low-wage, spent last season at 1461 Trabzonspor on a lease basis. Akpınar, who has come to the forefront in recent games, is expected to be invited to Turkey's main national team.