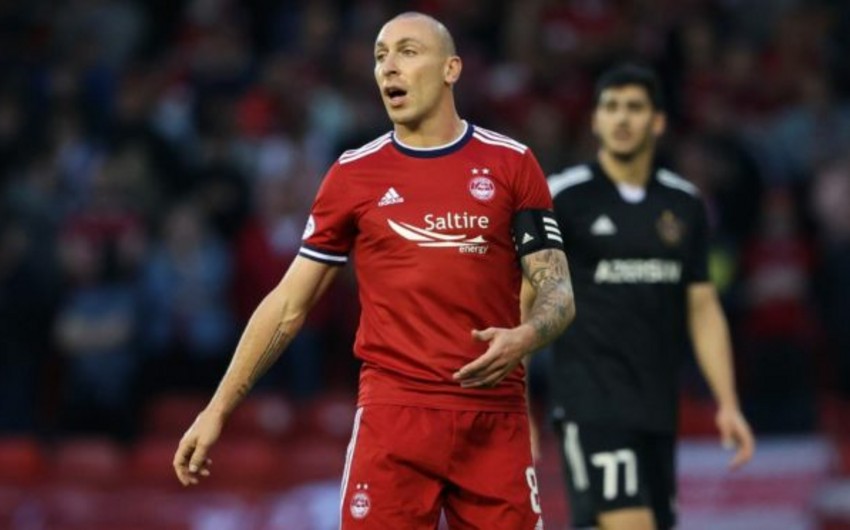 Aberdeen team captain Scott Brown believes Qarabag have set the bar the Dons must aspire to after dishing out a Europa Conference League lesson at Pittodrie.

Report informs, citing that the Dons’ hopes of reaching the group stages of UEFA’s inaugural competition were ended by the Azerbaijan club as they ran out 4-1 winners thanks to a 3-1 win in Aberdeen on Thursday in the play-off round.

The former Celtic captain said: “We were beaten by the better team. They played some great football and it wasn’t our day.

“We didn’t perform as well as we possibly could, but they were fantastic over the two legs and the better team went through.

“It’s hard one to take. You try to play as well as you possibly can, hold out and create chances, but we didn’t create enough chances, work the goalie enough and when they scored early doors it killed the momentum and quietened the crowd.

“It’s a hard one for the lads to take.

“It’s a learning experience. It’s where we want to get to. It’s about playing under pressure and quietening the crowd. There’s a lot of young lads in our squad.

“Over the last four or five weeks they’ve been fantastic. It’s a learning curve. We want to be in the group stages, we’re not this season, and we need to prepare and come back next season," Scott Brown said.