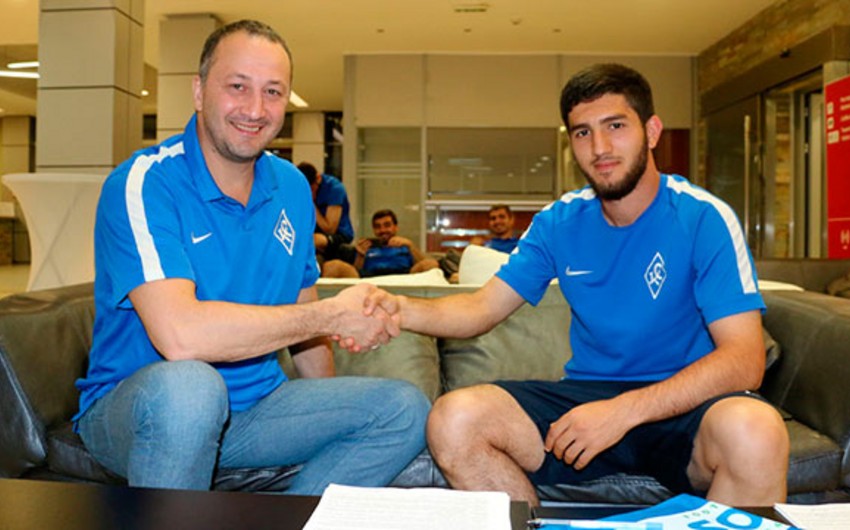 Baku. 17 June. REPORT.AZ/ Krylia Sovetov (Wings of the Soviets) FC has signed a contract with Azerbaijani football player Azer Aliyev. Report informs, 23-year-old midfielder signed a contract for 1 year. He will wear the uniform with number 10. In an interview with the official website of the representative of Samara, he expressed satisfaction with the transition to the club Krylia Sovetov: “I would like to see our team happy with matches and good results of fans. I also understand the tasks facing us. We must fulfill them”. Currently, Krylia Sovetov at the training camp in Serbia and had test match with local club "Dunav". Aliyev scored first goal in 7th minute. And the meeting ended with the victory of the Samarans with a large score - 3: 0.

Notably, last season Azer Aliyev spent with "Yenisei" under the guidance of the current head coach of Krylia Sovetov Andrei Tikhonov. The representative of Krasnoyarsk was close to getting into the Premier League, but lost in the "playoffs" to Tula "Arsenal". The Samara team left the big league.