Romanian footballer confronts teammate as he not scored penalty - VIDEO 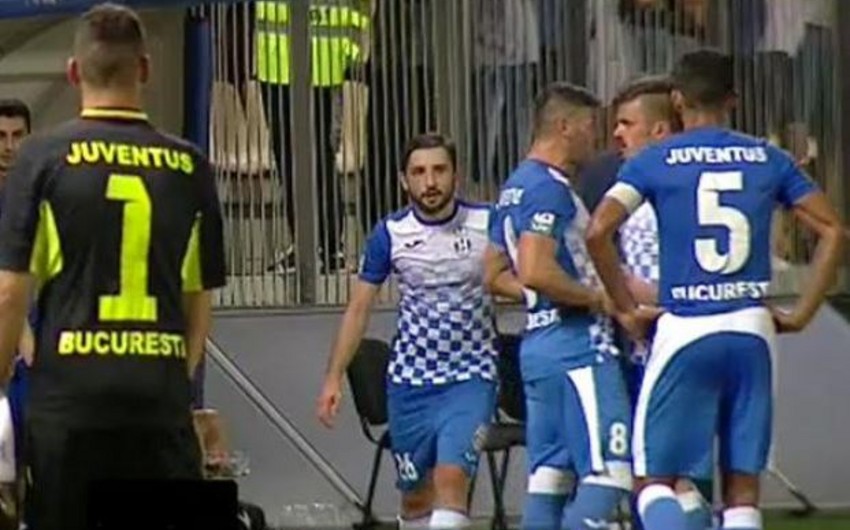 Baku. 22 August. REPORT.AZ/ An unusual event took place in the VII stage of the Romanian Football Championship in the match between Bucharest clubs Juventus and Steaua.

The reason was Calintaru’s attempt to score Panenka penalty to the goals of Steaua at 90+6 minute. Goalkeeper of Steaua Florin Nitse could easily catch the ball. As a result, Juventus lost with the score of 1:2.

Afterwards, Barbulescu expressed dissatisfaction and pushed Calintaru. Their teammates did not let the argument grow.

Notably, Juventus is in the last place with 2 points after 7 stages at the Romanian Championship. Catalin Tira, who was sacked from Neftchi in the last season for hitting a fan, is also in the squad. However, Tira was in the reserve in the match with Steaua.