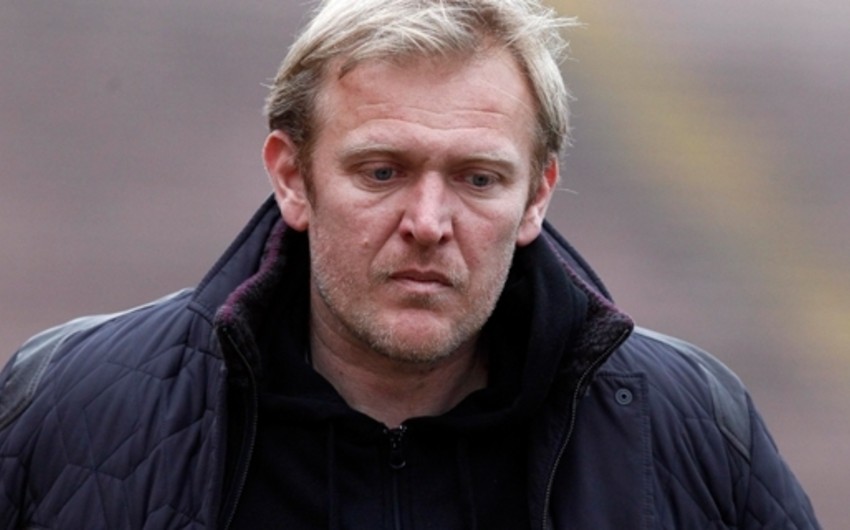 Baku. November 27. REPORT.AZ/ Candidate for the post of head coach of the national team of Azerbaijan Robert Prosinecki has defined his assistants. Report informs, Croatian expert said that in an interview with "Morning sheet" ("Jutarnji List").

Prosinecki noted that in the case of his appointment as head coach he would take Gorgan Kipricha and Dragan Spasic Kipricha as assistants.These trainers previously worked with the Croatian specialist.

Prosinecki also spoke about the time of the contract. He noted that the agreement is designed for 3.5 years (1.5 + 2).The term depends on the results of the remaining games of the qualifying round of UEFA EURO 2016. According to the agreement, if the activity of Prosinecki satisfies AFFA, it will decide to extend the contract with the coach up to the World Cup - 2018.

Candidate for the head coach noted that 4-5-year-old coaching experience and working as an assistant of Slaven Bilic in the national team of Croatia will help in his activities.

Prosinecki added that there is enough time to prepare for the next selection game of Azerbaijani team with Malta on March 28, 2015.

He said that he would bring his wife and two daughters to Baku. "I think it is meaningless to leave my family in Croatia".

Discussion regarding the approval as the new head coach of the national team of Azerbaijan introduced the agenda of the Executive Committee of AFFA, which will be held on December 3.

It has not been yet officially announced about who will lead the national team.