Rauf Aliyev: I wanted to flee from Albania two months ago

Rauf Aliyev: I wanted to flee from Albania two months ago Azerbaijani player responds to claims of Kukësi manager 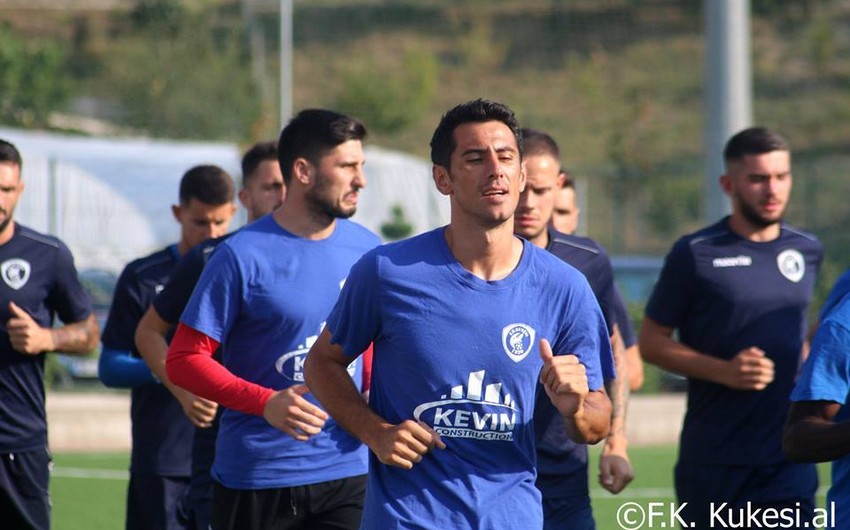 Baku.21 December. REPORT.AZ/ “After coming back to Azerbaijan, I will give detailed information about the reason of my separation from Kukësi.”

28-year-old forward responded to the head coach Mladen Milinković who said footballer did not justify his hopes: “When I came to Albania everything was good. But later such things happened that I wanted to run from Albania two months ago. But it was impossible to run. Because I could have stayed without football for two months. I tolerated everything and remained there so far. I have been shocked from what I have seen. Many things happened to me. I have had bad experience there. The reason of my separation is not related with financial issues.”

In accordance with FIFA regulations on the status and transfer of players a footballer is not eligible to play matches for three clubs. Before Kukësi in 2017/2018 season Aliyev played official matches for Keshla. In that case the forward has three options for winter transfer period. To remain in Kukësi, to return to Keshla that he left with scandal, and head to the country with summer and autumn system of championship.

To the question “can you return to Keshla?” Aliyev said: “It is impossible for me to stay in Albania. I won’t be able to say anything about my future career. I even don’t know myself what will happen.”

Rauf Aliyev has signed contract with Kukësi in August.