Report informs referring to the gsp.ro, two-year contract has been signed with Romanian defender. Matei is entitled to extend the contract for one more year when it expires.

The monthly salary of Romanian player will be 10,000 EUR. It will be the second Polish team where Matei will play. Earlier, 27-year-old footballer played for Gornik.

The footballer said that he is satisfied with Polish championship: “This is a championship with strong and tense competition. I signed contract with Termalica because I liked it very much. I heard a lot of positive feedback about this team. I was quite impressed to see the stadium and convenience here. I am grateful to the agency who mediated my transfer.”

Gabriel Matei played for Zira in the first half of current season. 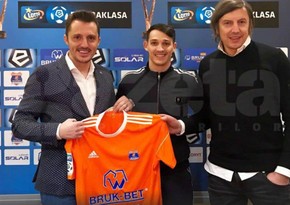