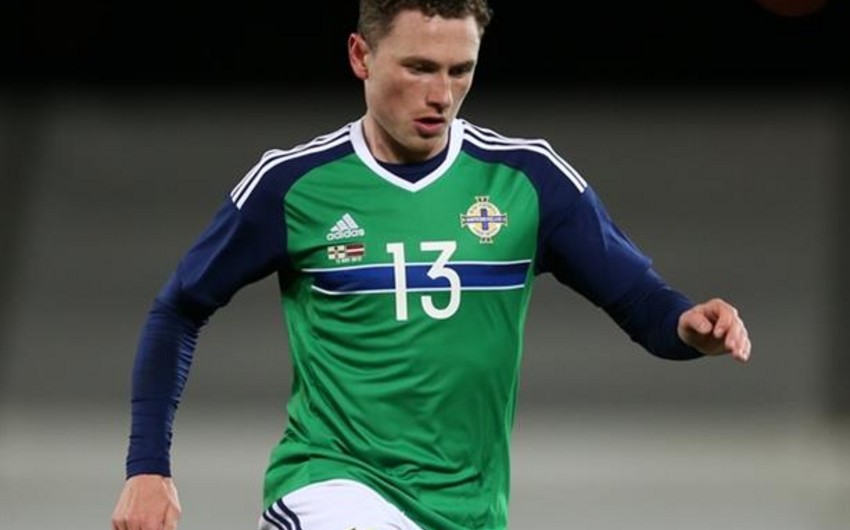 Baku. 31 March. REPORT.AZ/ North Ireland's player Corey Evans's season looks to be over that will likely rule him out of Northern Ireland's World Cup qualifier in Azerbaijan in June.

The Blackburn midfielder has not played since January 2 because of a problem that also plagued him last season and, though he was called up by his country for last week's international break.

Rovers boss Tony Mowbray has now revealed he wants Evans to focus on returning next season rather than this, with a fitness programme that will include a minor operation and "months" of rehabilitation work, which will almost certainly see him sidelined for his country's game in Baku on June 10: "Hopefully that will get him ready, not for this season in my mind, as there's only four or five weeks to go. He needs to start his programme of intense work to make his body more robust and ready to play football week-in, week-out. He can just get on with his programme and we agreed that he will work hard in the summer".

Evans played 81 minutes in Northern Ireland-Azerbaijan match in Belfast on November 11, 2016. He received a yellow card in the 75th minute.

Notably, Azerbaijan-Northern Ireland match will be held in Bakcell Arena on June 10. The German team leads Group C with 15 points after 5 rounds, following by Northern Ireland 2nd with 10 points, the Czech Republic 3rd with 8 points, Azerbaijan 4th with 7 points and Norway 5th with 3 points. Failing to collect any points, San Marino takes the last.