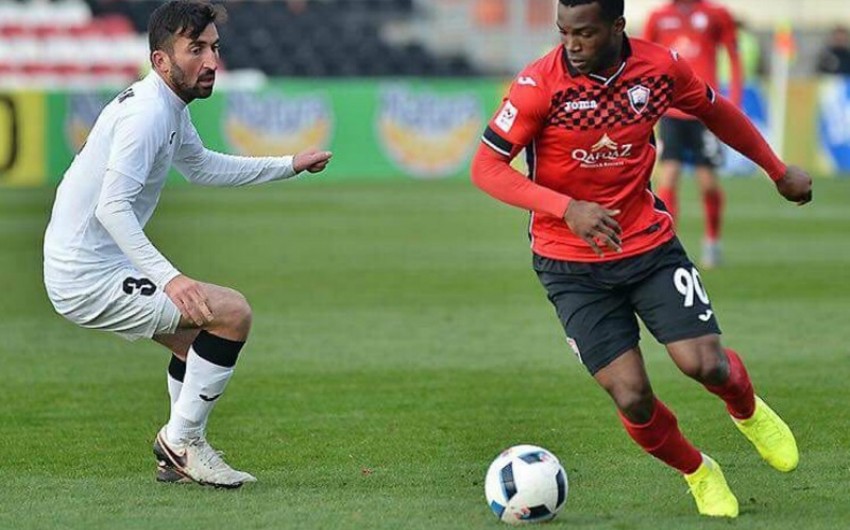 Baku. 30 January. REPORT.AZ/ In the winter break, Ekigho Ehiosun, who left Gabala for second time, wants to play in the 2018 World Cup as player of Nigeria national team.

Report informs, Score Nigeria publication writes that 28-year-old striker refused to extend the contract with the Azerbaijani club and he intends to join Mundial to be held in Russia this June.

The former club of Ehiosun said Turkey’s Samsunspor among the clubs that are interested with him.

Moreover, teams from Romania, Qatar, South Africa and Saudi Arabia also showed interest to this player with status of free agent. Experienced forward said: “Depending on which club I am going to play for, it will determine my participation in the national team. I want to go to the World Cup. To achieve that I must always play. I intend to go to the club, which will increase my chances to play in the World Cup in Russia. I have unfinished work in the national team. I must go back to the Nigerian national team to finish them," said the forward.

I cannot wait when I will get such chance again. I believe I’ll join the club that I will choose in coming days."

Ekigho Ehiosun appeared for the first time in Nigerian national team on friendly match against Sierra Leone on February 9, 2011. He has scored a goal on the match where his team won with 2:1. Afterwards, the forward wore the uniform of national team five times. It covered the period until July 2014 when Ehiosun was rented by Gabala from Turkey's Gençlerbirliği FC.

In July 2015, he joined Samsunspor, but on September 21, 2017, he has signed a 1-year contract with the Gabala team. But Gabala bid farewell to Nigerian forward on January 4.