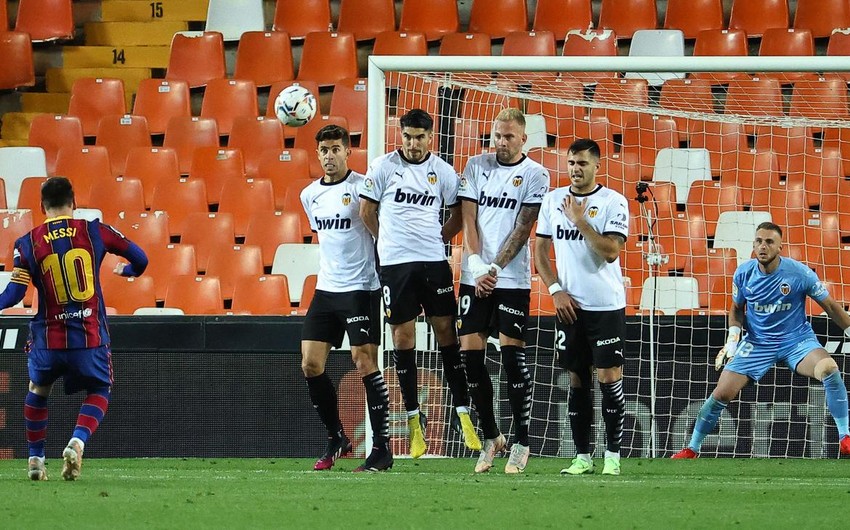 Messi scored two second-half goals — including his 50th from a free-kick — as Barcelona came from behind to beat Valencia 3-2 and get within two points of leader Atlético Madrid ahead of their crucial match at the Camp Nou Stadium next weekend.

A win will give Ronald Koeman's team the league lead for the first time this season.

Messi has scored 28 goals and made 11 assists in 32 appearances in the Spanish league this season.