Lionel Messi wins FIFA world player award for 5th time "It's incredible this is my fifth", he said
133 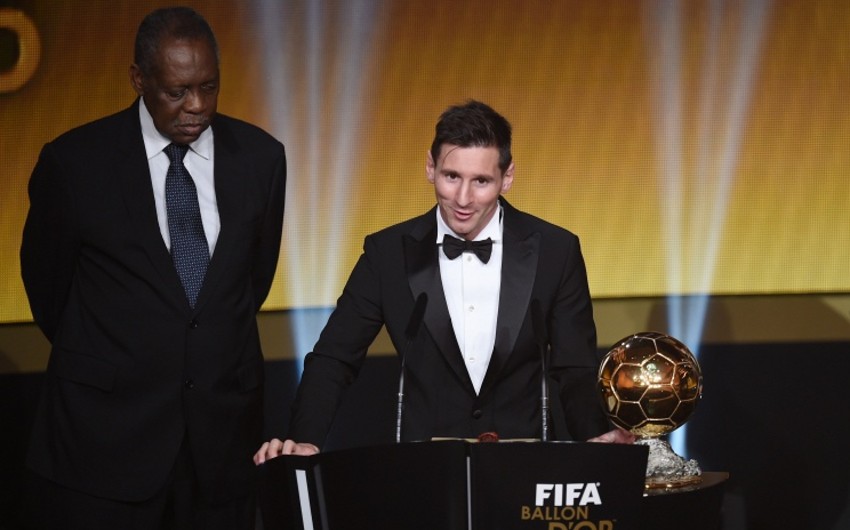 Baku. 12 January. REPORT.AZ/ Lionel Messi has reclaimed the FIFA Ballon d'Or from Cristiano Ronaldo after being presented with the 2015 award, according to UEFA`s website.

Report informs, the Barcelona forward was runner-up to Ronaldo the past two years having won the merged award three times in a row since its inception in 2010.

"It is a very special moment for me to be back here on this stage, winning again another Ballon d'Or after being there in the audience watching Cristiano win," said Messi as he accepted the award at the end of a drawn-out 90-minute ceremony.

"It's incredible this is my fifth", he added.

However, Messi topped the poll of journalists and national team coaches and captains ahead of Ronaldo and Neymar and collected the title at a ceremony in Zurich today. It comes just three days after the Argentina striker received the most votes for the UEFA.com users' Team of the Year 2015, taking his place in the XI alongside Ronaldo and Neymar. 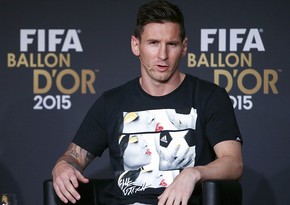