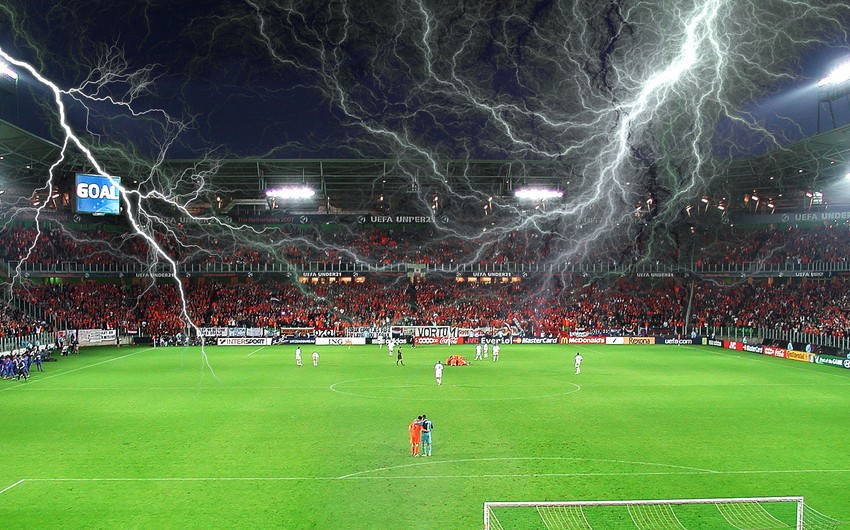 A coach was killed by a lightning strike in a Bulgarian football stadium, Report informs, citing BTA news agency.

The deadly incident happened on Sunday during a friendly game between the teams of Lessichovo and Chernogorova — two villages in central Bulgaria.

The 41-year-old coach of the Bulgarian football club Hebar (Pazardzhik), Ivan Rantschew, died on the spot.

Three players were slightly injured in the lightning strike.

The mayor of Lessichovo, Dimitar Vrinchev, told local media that the football match started at 6.30 pm. Shortly afterward, "it started to rain and literally all of a sudden the sky lit up."

"There was loud thunder and lightning hit the field," Vrinchev said.

"It hit exactly on Ivan Ranchev and a football player from our team. They both fell to the ground," he added.