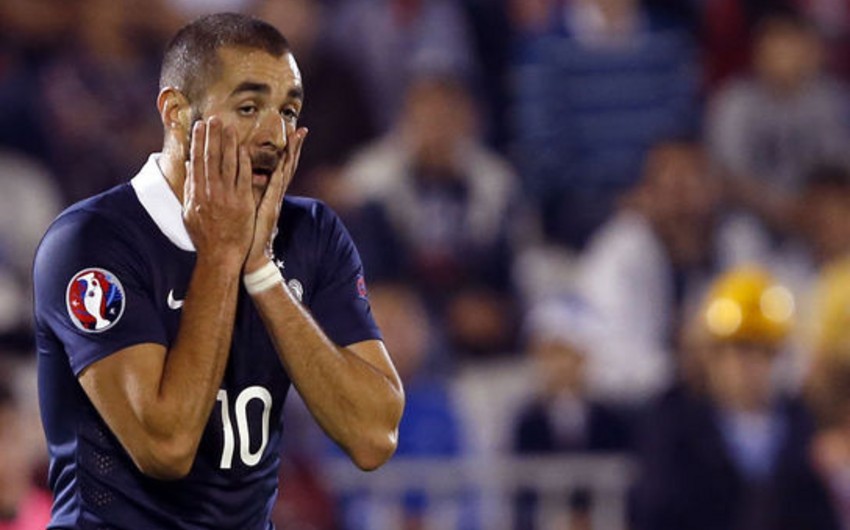 Baku. 6 November. REPORT.AZ/ France striker Karim Benzema has been charged with conspiracy to blackmail and participating in a criminal group as part of an investigation over a sex tape involving teammate Mathieu Valbuena, Report informs referring to the foreign media.

Benzema was charged after being brought before a judge at a Versailles court yesterday following a night spent in custody, the prosecutor’s office said.

The Real Madrid forward, who has been freed pending further investigation, faces a maximum prison sentence of five years.

Benzema was also placed under judicial supervision, meaning he cannot meet the alleged victim or other people charged in the case. Investigators are trying to find out if the Real Madrid forward played a role in the extortion attempt targeting Valbuena, and if he actually tried to blackmail the Lyon midfielder.

Both Benzema and Valbuena play for France’s national team. But because of the case, France coach Didier Deschamps won’t be able to use both players at the same time while the investigation goes on.

Three other people have been handed preliminary charges over the case since October. The investigation started this year when Valbuena decided to take legal action after being contacted by a man claiming to be in possession of an incriminating sex tape.