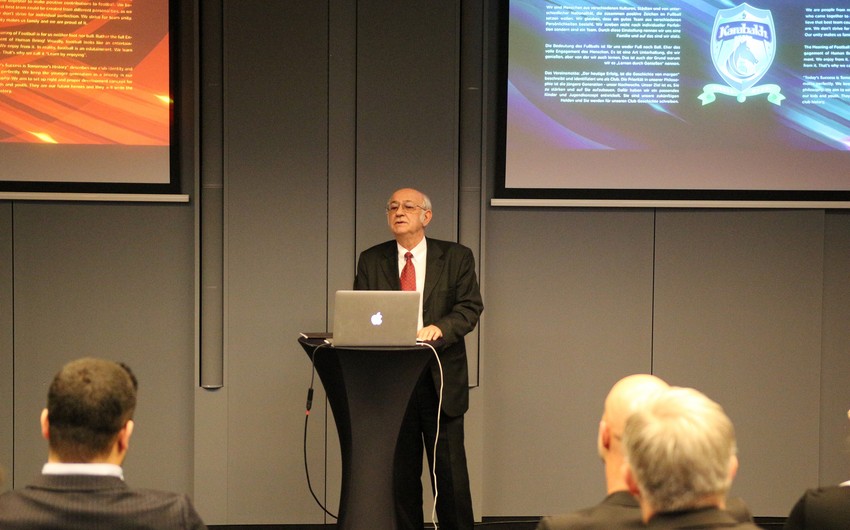 Report informs, Austrian vice president of the club Manfred Modli has opened the event for the third time.

Manfred Modli, who previously served as executive director of the Austrian government board, and executive director of the Canadian Canoe Federation for a long time in Bavag Bank, spoke of the importance of Karabakh in Azerbaijani language, its importance for the country and its history. He noted that Karabakh was historically important region of Azerbaijan and was of particular importance in the history, culture and art of the country.

President of " Karabakh Wien " Orkhan Valiyev spoke about the targets and achievements made since the club's establishment. He also spoke about the goals and infrastructure of the club this year.

Ramin Shukurov, general manager of the club, said he was satisfied with the course of the Board of Directors. He spoke about the mechanism, duration, problems and solutions of the club's effective management and also about promotion of the club in specific spheres, projects and infrastructure.