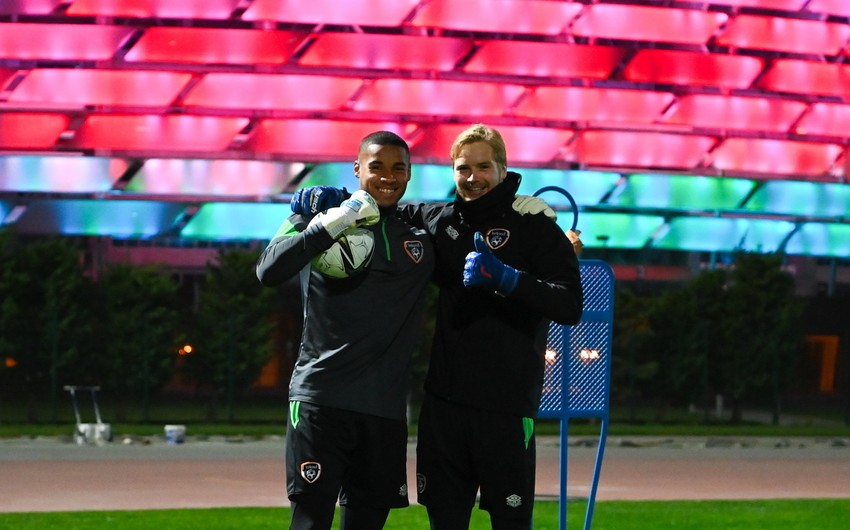 In the evening, the guest team has started its first training session coached by Stephen Kenny on the reserve field of the Baku Olympic Stadium.

In addition, Christy and Eileen O'Neill, who are considered loyal fans of the British, arrived in Baku for the match.

The Azerbaijan-Ireland game will be held on October 9 at 8:00 pm (GMT +4) at the Baku Olympic Stadium.