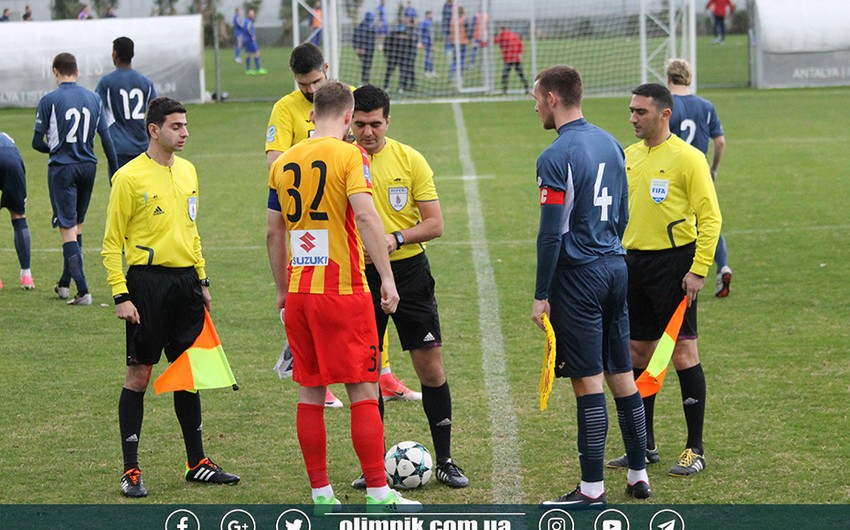 Baku. 22 January. REPORT.AZ/ An incident occurred in Antalya, Turkey at the match of Olimpik (Donetsk, Ukraine) - Korona (Poland), officiated by the Azerbaijani judges.

Report informs referring to official websites of the two clubs, rough game caused a massive brawl at 45+1 minute of the match. As a result, referee Nail Nagiyev showed red card to players of the Poles Marcin Cebula and Radek Dejmek. However, after consultation with senior assistants Yashar Abbasov and Elshad Abdullayev, the latter's red card was replaced with a yellow one.

The coaches of both teams at the break asked the Azerbaijani referees to continue the game with 11 players. Their desire has been met. In that case, another footballer played instead of Cebula.

In the beginning of the first half Donetsk representative Zurab Ochigava was dismissed for rough game against opponent Oliver Petrak. However, the balance in the stadium has not been changed. Instead his teammate joined the game. Despite all efforts of the parties, the meeting ended in a goalless draw.

Notably, training session of Azerbaijani referees in Antalya will last from January 20 to February 3. 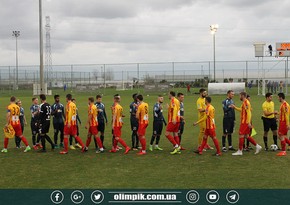 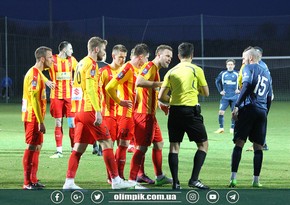 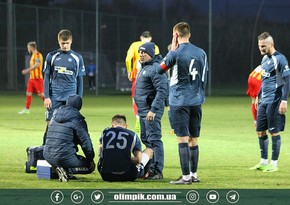 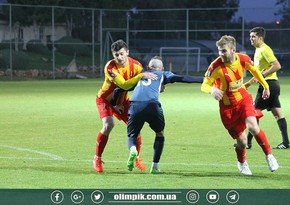 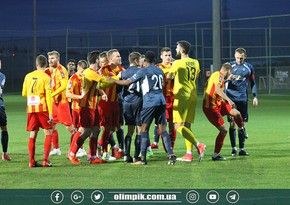