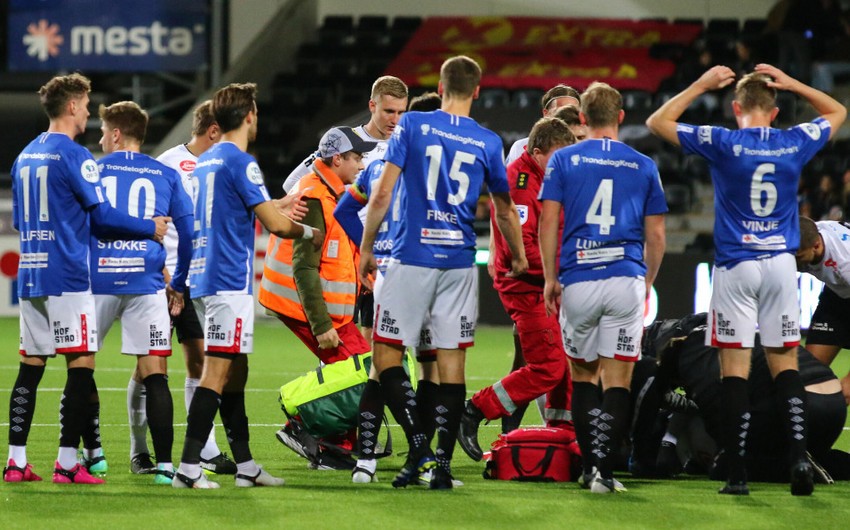 The 28-year-old midfielder suddenly fell over in the 12th minute of the game against Stjordals-Blink at the Fosshaugane Campus stadium in western Norway.

Palsson was successfully resuscitated and then flown to Haukeland Hospital for further examination and treatment.

Palsson is playing in Sogndal on loan from Sarpsborg 08, which plays in Norway’s top league Eliteserien.