Ex-Qarabag goalkeeper Ibrahim Šehić reacts to terrorist attack in Ganja He shared a photo with the words "Pray for Ganja city". 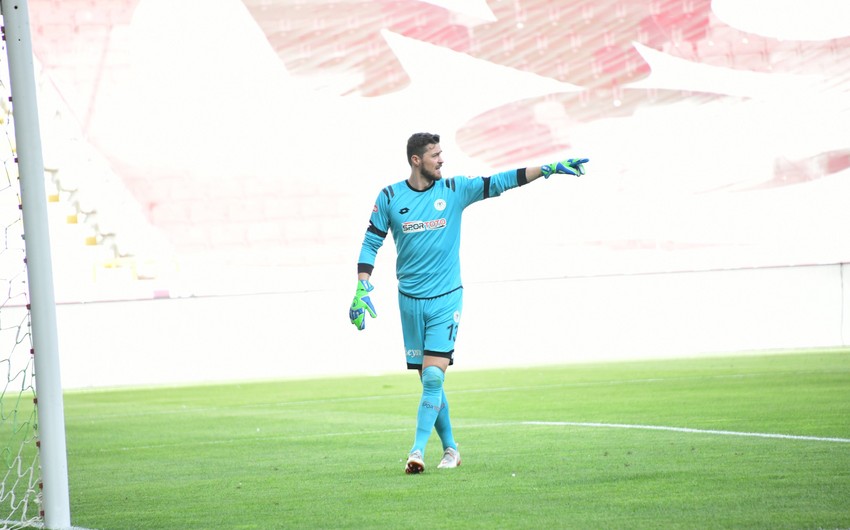 Former Qarabag FC player Ibrahim Šehić could not stay indifferent to the terrorist attack committed by the Armenian armed forces in Ganja.

Report informs, 32-year-old Bosnian professional footballer who plays as a goalkeeper for Turkish Konyaspor FC made a post on his Facebook page.

He shared a photo with the words "Pray for Ganja city".

Notably, on 5 October 2013, Šehić joined the Azerbaijani side Qarabağ on a free transfer. A month later, he made his official debut for the team in a goalless draw against Ravan Baku. He won his first trophy with the club on 7 May 2014, when they were crowned league champions. In December 2014, he extended his contract until June 2018.

On 19 December 2015, Šehić played his 100th game for the club against Gabala. Šehić helped the team make their first historic UEFA Champions League appearance in the 2017–2018 season. He made his competition debut on 12 September away at Chelsea and stood out during the group stage, as he was the goalkeeper with most saves, having made 35 in 6 games.

In May 2018, it was announced that Šehić would leave Qarabağ at the end of the season, following the decision not to renew his contract