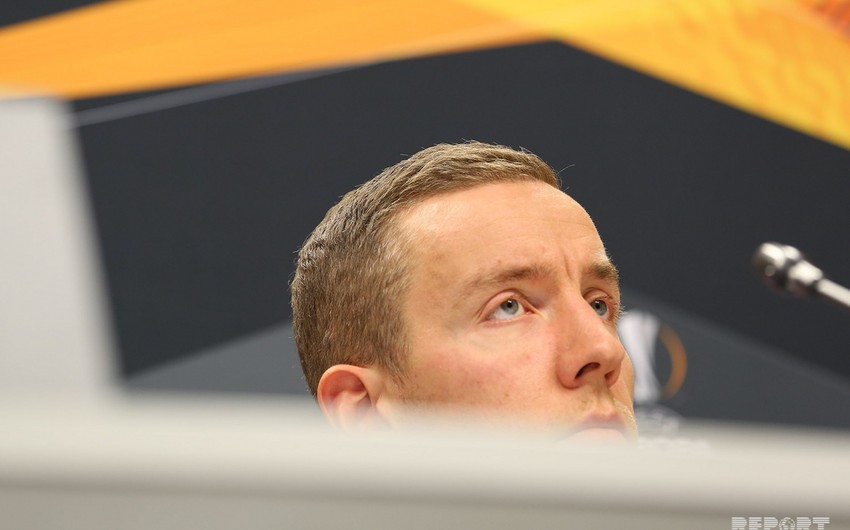 Baku. 4 January. REPORT.AZ/ "It's not gone as I had hoped for several reasons," Qarabag footballer Hannes Halldorsson told Fotbolti.

Former Randers keeper Hannes Halldorsson has had a half year in Qarabag and is now considering leaving the club from Azerbaijan.

Hannes Halldorsson changed this summer from Randers FC to Qarabag FK in Azerbaijan.

"There have been many things, and I have experienced amazing things, and it should not be an excuse, but I was hurt after just a month," says Halldorsson to fotbolti.net and adds, "When I got to the club, the coach told me that he only wanted two goalkeepers, but because I was injured, we got a new one, so now we are three and that is really unnecessary. You never know who is playing. It is absolutely random who is guarding the target. There are only a few clubs that do this and there is a reason for that.

"I haven't played as much as I had hoped. I came in at some point and stood a number of battles and it worked well. Then we met Sporting (November 29, ed.), where I missed six goals and played a bad match. Since then I have not been in action."

He is considering whether to leave Qarabag after just half a year at the club.

"I'm at a crossroads. I am considering the future," says the former Randers keeper.

34-year-old Hannes Halldorsson has contract with FK Qarabag until summer 2020.