First European Cup qualifier from Azerbaijan will be announced today 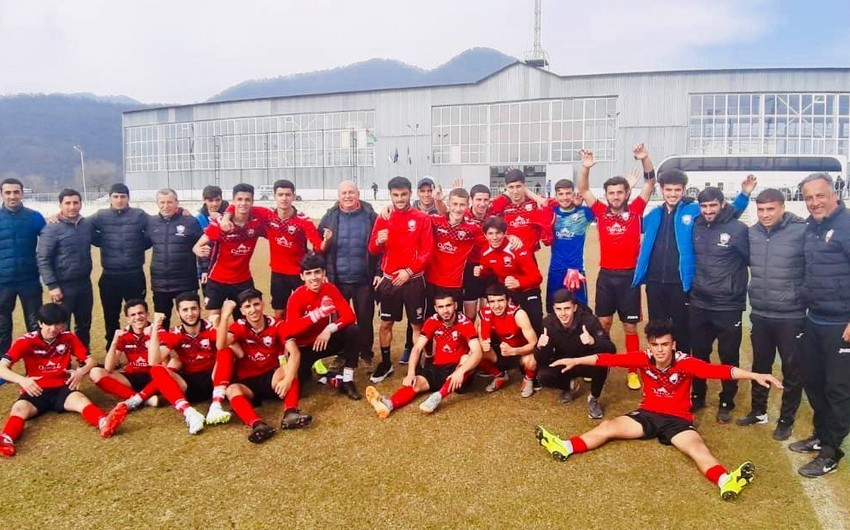 The first team of Azerbaijan qualified to the European Cup will be determined today.

Report informs that for this reason, the Gabala representative needs to win the Youth League Championship organized by AFFA earlier. “Red-blacks” (Gabala FC) leading with 57 points will host Qarabag FC in the 22nd round. The match will take place at 14:00 at the auxiliary stadium of the Gabala city stadium. In case of victory, Gabala FC will defend its champion title and qualify for the UEFA Youth League again.

Gabala FC can grab a gold medal in case of a draw and even if gets defeated. It can happen when the closest watcher of “Red-blacks” Keshla loses 39 points in the match against Sumgait FC. Gabala FC has the obvious advantage in personal matches since it defeated its rivals by 2, 3 and 5 goals without a response at home in the first three rounds. This opens a way to an early championship.

If Gabala FC becomes a champion, it will play within the UEFA Youth League for the third consecutive year.