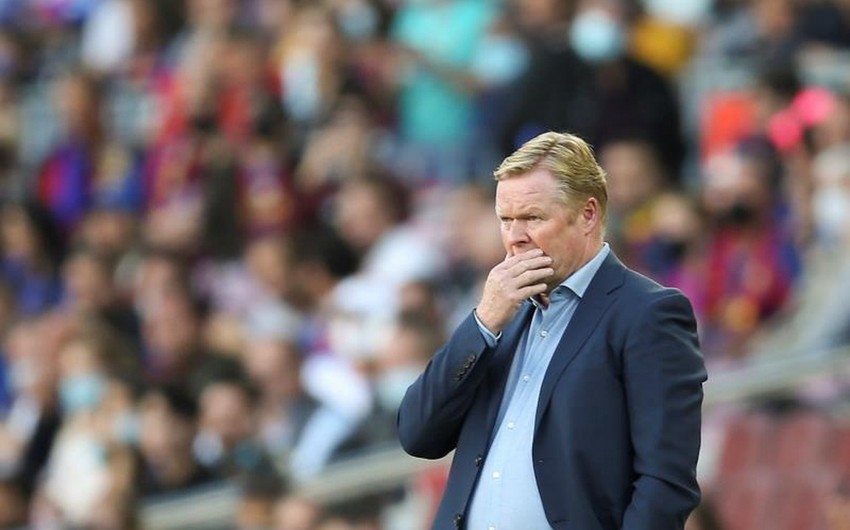 Angry fans surrounded Ronald Koeman's car and shouted insults at the Barcelona coach as he tried to leave Camp Nou on Sunday following his team's latest painful loss since the departure of Lionel Messi.

Report informs, citing foreign media, that Barcelona slumped to a 2-1 home defeat to Real Madrid in front of 86,000 spectators back for Camp Nou's first “clásico” match without crowd restrictions since the pandemic.

After the game, when Koeman tried to leave in his car, the former Barcelona great had to endure the vitriol of dozens of mostly young men, some of whom slapped the car as he edged forward until getting away.

The club run by Joan Laporta, who only weeks ago had to publicly back Koeman amid rumors he was about to be fired, issued a statement “publicly condemning the violent acts and disrespect experienced by our couch outside Camp Nou” and promised to take measures to prevent similar incidents in the future.

Even the more sensible Barcelona supporters had trouble coping with the loss to a Madrid side that didn’t need a stellar performance by Karim Benzema to give coach Carlo Ancelotti his first win at this stadium. It was enough to let Barcelona flail against its defense while defenders David Alaba and Lucas Váquez chose when they could inflict damage by scoring goals in each half.