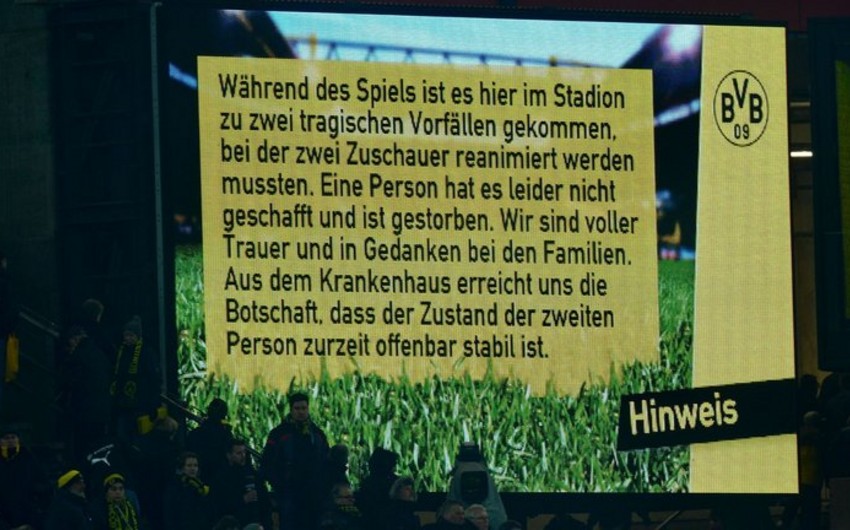 Report informs, one supporter died of a heart attack and another was rushed to hospital during Borussia Dortmund's home match against Mainz on Sunday.

Dortmund claimed a routine 2-0 win thanks to goals from Marco Reus and Shinji Kagawa, but events at Signal Iduna Park were overshadowed by tragic events in the stands.

Much of the game was played out in front of a subdued crowd as news of the heart attacks filtered through, with Dortmund confirming the tragedy afterwards.

"There have been two tragic incidents inside the stadium during the game," a statement read.