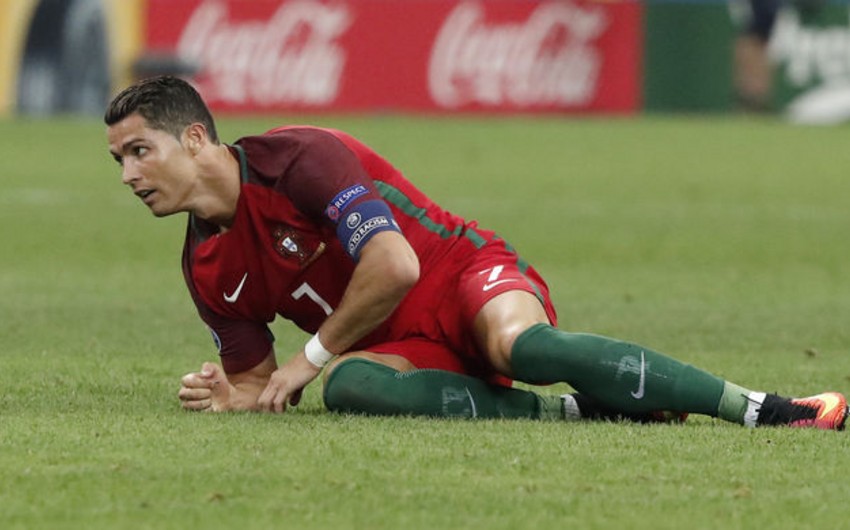 Baku. 12 July. REPORT.AZ/ Cristiano Ronaldo's knee injury, which he suffered in Portugal's Euro 2016 final victory over France on Sunday, will see the star miss six to eight weeks and put his participation in the European Super Cup in doubt, Report informs.

It turns out Ronaldo suffered a left knee sprain and could return by mid-August. If he does miss two months, it would mean he would miss the start of the league season in Spain.

Zidane will not take any risks with a player he still expects much of next season.