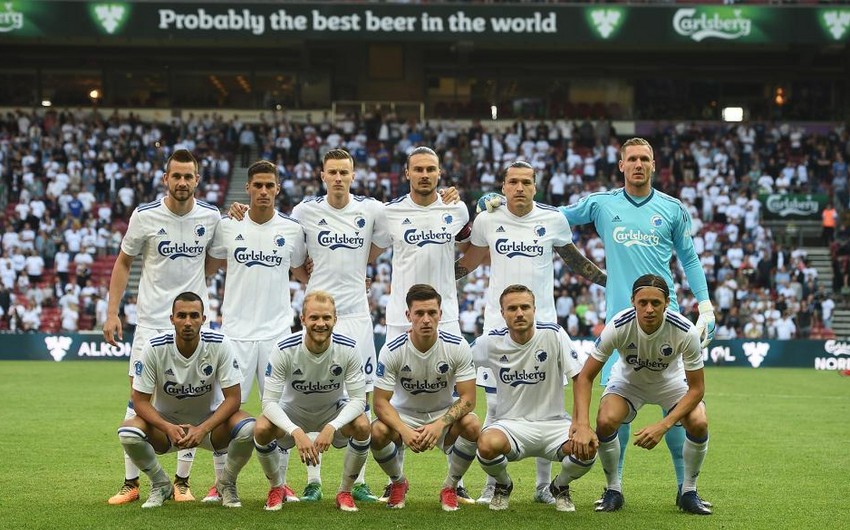 Baku. 14 August. REPORT.AZ/ The visit plan and squad of Denmark’s “Copenhagen” F.C. for the Champions League play-off match with “Qarabagh” have been determined.

Report informs citing the club’s official website, “Copenhagen’s” plane will depart at 10:30 Baku time and land at the Heydar Aliyev International Airport at 14:25.

The club will hold a press conference at the Tofig Bahramov Republican Stadium at 19:30 and later conduct an open training. Jan Gregus, who received a red card in the match with Macedonia’s “Vardar" in the third stage of the Champions League, will not be brought to Baku. Instead, Youssef Toutouh, who was injured in the game with “Horsens” in the fifth stage of the Danish Championship, has been included in the squad.

Overall, “Copenhagen” will bring 20 football players to Baku. Three of them are goalkeepers, six – defenders, seven – midfielders and four – strikers. Along with 3 Danish, 3 Swedish, 2 Serbian, as well as Czech, Slovenian, Paraguayan and Cypriot footballers are represented in the squad.

Notably, “Qarabag” – “Copenhagen” match will be held at the Tofig Bahramov Republican Stadium on August 15 at 20:00.