Bagaliy Dabo: “I took risk signing for Gabala and it turned out to be successful”

Bagaliy Dabo: “I took risk signing for Gabala and it turned out to be successful” “When I was in French club in May I did never imagine I would play in group stage of Europa League after 4 months”
1756 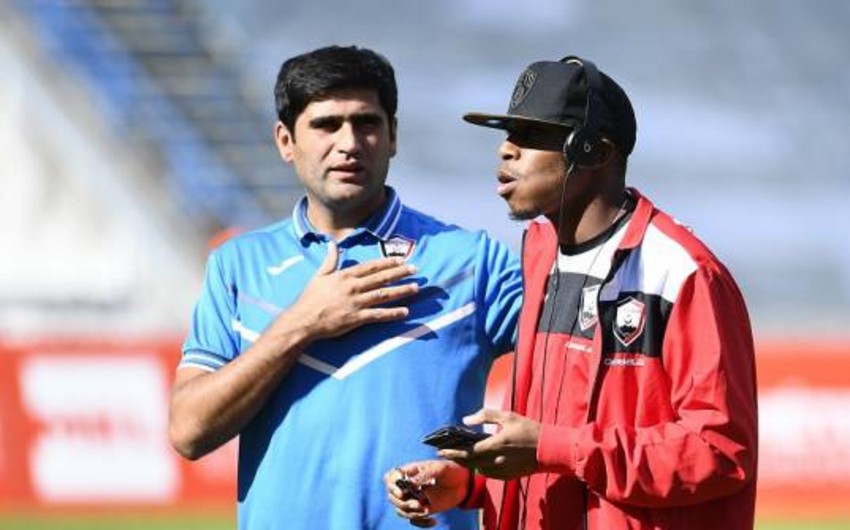 Report informs, “Gabala” football club’s player Bagaliy Dabo told to French “L Equipe” publication. French midfielder noted that some people interpreted his transfer to Azerbaijani club as start of regress in the career. But according to Dabo, everything went in opposite direction: “We all stay together. The hotel we live in resembles resort. You can meet also teams of other countries. We communicate with each other in English. Azerbaijani language is similar to Turkish. There are some players from Russia and Ukraine in the team who speak Russian”.

Reveling that home stadium of “Gabala” is small Dabo noted that they play European matches in Baku. He also noted super infrastructure of the club. In several years “Gabala” will become a big club. I was surprised by club’s infrastructure when I came here.

Talking about Azerbaijan Premiere League Dabo noted that capacity of “Gabala”, “Inter” and “Khrabakh” is suitable to big leagues like France first division: “The club president is as hungry for success as the team itself. He pushes us forward, always demands more. I am sure that after some time more qualified players will transfer to Azerbaijani clubs. This league will develop. On first day I was surprised by quality of our players. Step by step we are trying to dominate the game”.

According to 28-year-old player, every footballer dreams to play for European clubs: “I took risk signing for “Gabala”, and it turned out to be successful. When I was playing for French club Creteil in May I did never imagine I would play in group stage of Europa League after 4 months. Although I am not a striker, I scored 7 goals which makes me top scorer in Azerbaijan Premier League. I perform with 3 goals and 4 assists in Europa League. I want to spend a successful season this year. There is no reason for me to not appear in bigger clubs in the future. Why not?”.

Notably, Bagaliy Dabo will miss 3rd match of “Gabala” in Europa League against French Saint Etienne in France due to injury.