Arsenal’s moaning - lost fans in Baku - COMMENT So if tomorrow Azerbaijan's Qarabag FC plays Euro Cup final in the UK, should it “attack” UEFA in the same way? 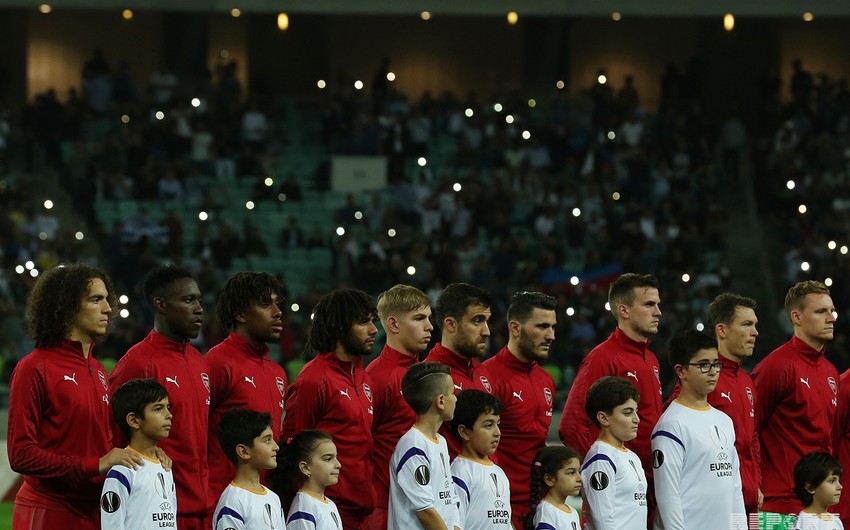 England's Chelsea and Arsenal FC are preparing for a final match of the UEFA Europa League final in Baku on May 29 in different way.

Report informs that “aristocrats” are currently in a training camp in US, while “gunners” chose strategy of “moaning”. Arsenal's official website says the club is complaining about the distance and less tickets for its fans (6,000). In fact, the UEFA Executive Committee made a decision to hold the final match at the Baku Olympic Stadium on September 20, 2017. It is not Azerbaijan, but European Football Association that allocated 6 thousand tickets to each club.

Azerbaijan and the United Kingdom are members of the European family with equal rights. In the current season, bluebird of happiness is on Britons' shoulders. When Liverpool and Tottenham qualified for Champions League final, another two London teams - Arsenal and Chelsea will play in a decisive match in Europa League. Azerbaijan is ready to host the final at the highest level. There is a simple logic for "those who moan":

If Baku is far from London, then London is also far from Baku. So if tomorrow Azerbaijan's Qarabag FC plays Euro Cup final in the UK, should it “attack” UEFA in the same way?

In general, Arsenal's position on the finals is not understandable. Compare: According to Zeelo, "Chelsea" has 145 million fans worldwide and 75 million followers on social networks. Arsenal has 125 million and 65 million respectively. Chelsea sold 1 million 650 thousand T-shirts per year, while Arsenal 1 million 125 thousand. Now it turns out that the Chelsea that has more fans does not care about the number of fans?

Of course, it is the right of Arsenal to protest any issue. But instead of getting ready for the match, steps such as bringing the issue of distance, the number of tickets, as well as the arrival of Armenian national football player Henrikh Mkhitaryan to the agenda are likely to harm Arsenal.

First of all, the whole world should know that the problem with Mkhitaryan is not related to his nationality or passport. The problem has to do with his illegal visits to territory of Azerbaijan (since 2009) occupied by Armenia.

The nationalist footballer has visited Khankendi several times and has supported the separatist regime there.

This is the enthusiasm of Mkhitaryan that on December 13, last year, in the 90 + 3 minute of the match between Arsenal and Azerbaijani champion Qarabag within the group stage of the Europa League in London, the Armenian fan entered the pitch with the flag of the separatist regime. Instead of apologizing for the incident, Arsenal announced that it would review security measures at the Emirates Stadium.

Mxitaryan twice had a chance to travel to Baku. When he played within Borussia Dortmund FC team on October 22, 2015, he could play against Gabala FC and when he played within Arsenal FC he could come for a match with Qarabag on October 4 last year. Now and in the past the Azerbaijani government agreed to issue visa and give security guarantees to Mkhitaryan, despite his illegal visit to Nagorno-Karabakh. But in both cases, officials in the club knew that his arrival in Baku would be damaging to the team. Because they understood that if Mkhitaryan appeared in Baku, the fans would constantly whistle. In such an atmosphere, it is clear that he cannot be useful for the team. Mkhitaryan will most likely not come to Baku again, as hinted in British media. The key point that causes awkward feeling in this story is bringing security issue to agenda. It is a pity that the top club like Arsenal does not know the essence of the matter.

Armenian athletes did not face any problems during the 2007 wrestling, the World Boxing Championships in 2011, the World Cup in 2015, or the Baku 2015 European Games.

The fact that Azerbaijani President personally presented the medal to Armenian boxer Gevorg Manukian representing Ukraine at the I European Games, proves that this news about security is of provocative nature.

Arsenal is knowingly or unknowingly engaged in provocation. However, the club should bear in mind that its position will return to itself with a boomerang effect during the final match. Due to these behaviors Arsenal will lose most of their fans in Azerbaijan. Azerbaijani football fans, who were neutral, will support Chelsea in the finals. It will be a price to pay for Arsenal because of their moaning.

However, despite playing against Qarabag last October, the club was welcomed very well in Azerbaijan. The Turkish player of Arsenal Mesut Özil thanked the Azerbaijanis for the warm attitude. Now, Chelsea will have fans not only from London or elsewhere but also Azerbaijani fans in Baku.