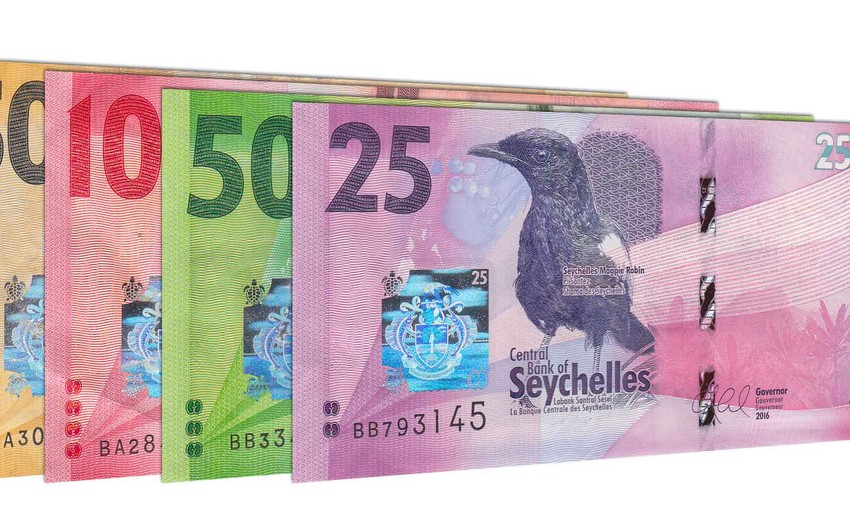 A tourism boom in the Indian Ocean island nation of Seychelles is fueling a world-beating rally in its currency, Report informs referring to Bloomberg.

The Seychelles rupee strengthened 2.9% this week to 13.31 against the dollar, bringing its gain so far in 2021 to 60% - the best performer of 146 currencies tracked by Bloomberg globally. It’s one of five African currencies in the top 10 this year.

The second place among the world’s best performing currencies was taken by the monetary unit of the Republic of Zambia - the Zambian kwacha, which rose in price by about 26% against the US dollar, and the third – Mozambique New Metical, which grew 17%.

Armenian dram, Angolan kwacha, and Ukrainian hryvnia have strengthened by 7% since the beginning of the year. The top ten currencies also included the Georgian lari, with a growth rate of 6%. The Belarusian ruble rose 4%, while the Ugandan shilling and Dominican peso grew 3%.

The Azerbaijani manat has been stable against the US dollar since March 2008 at 1.7 AZN/USD.

This year, the palm-fringed archipelago became one of the world’s most-vaccinated nations after it rushed to inoculate its more than 99,000 inhabitants against Covid-19 to revive its tourism industry, the lifeblood of Seychelles’ economy. Visitor arrivals so far this year are up 8% from 2020, driven by a more than doubling in visitors from Asia, according to National Bureau of Statistics data.

More than 77% of Seychelles’ population is fully inoculated with either Sinopharm or AstraZeneca Plc shots, including more than half of the nation’s estimated 7,000 adolescents aged between 12-17 years in a campaign that started September 10, according to the Health Ministry.