Expert: China's economy to face deep stagnation Ratio of debt to GDP is 32% in Azerbaijan as of November 2016
1074 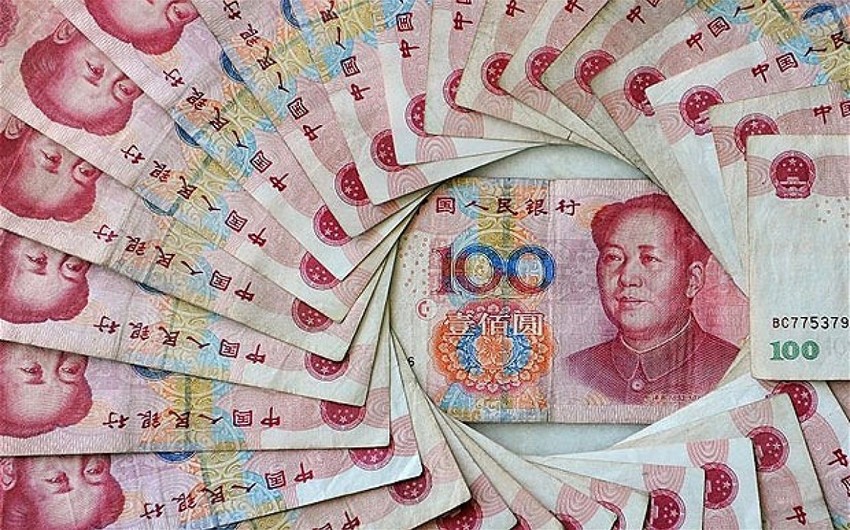 Report informs citing the Vestifinance.ru, the warning comes from the key players with bearish attitude, such as a hedge fund manager Kyle Bass, who predicted China's stunning devastation requiring rescue of the financial system.

Notably, China, according to the calculations of the Bank for International Settlements (BIS), has been recognized as the country with the highest level of credit.This is the single most reliable indicator of impending financial crisis, according to the regulator of the information, which made an analysis of 36 countries in 2011. The analysis reveals that most banking crises occur after the ratio of debt to GDP rises above 10%.

Credit gap reflects the difference between the amount of debt of households, companies and GDP, indicating the credit boom and the risk of problems.

The Nordic countries and Japan are confronted with crises in the late 1980s and early 1990s., That followed after fixed gap between debt and GDP. The same happened in the USA that led to the banking crisis.

In chart below ratio of debt to GDP is above 10% that means start of the crisis.

CITIC Securities' investment analyst Ming Ming said that every country is different in their economic structures and the relationship between the government and the banks a lot of assets owned by Chinese banks, represent a public debt, so that as long as the government pays off its debt, it is difficult to expect the banking crisis.
Notably, ratio of debt to GDP is 32% in Azerbaijan as of November 2016. 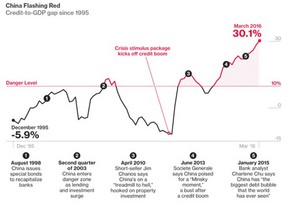 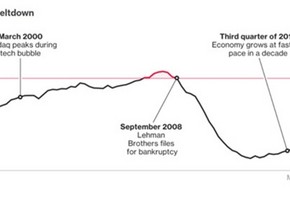