"DRAMatic" currency of long-suffering nation - head-spinning fall will continue The war in Karabakh, unbearable for Armenia, finally ruined the economy of this country. As a rule, the Armenians themselves lying about any obvious facts are forced to admit the deplorable state into which this country's leadership brought its citizens.
103 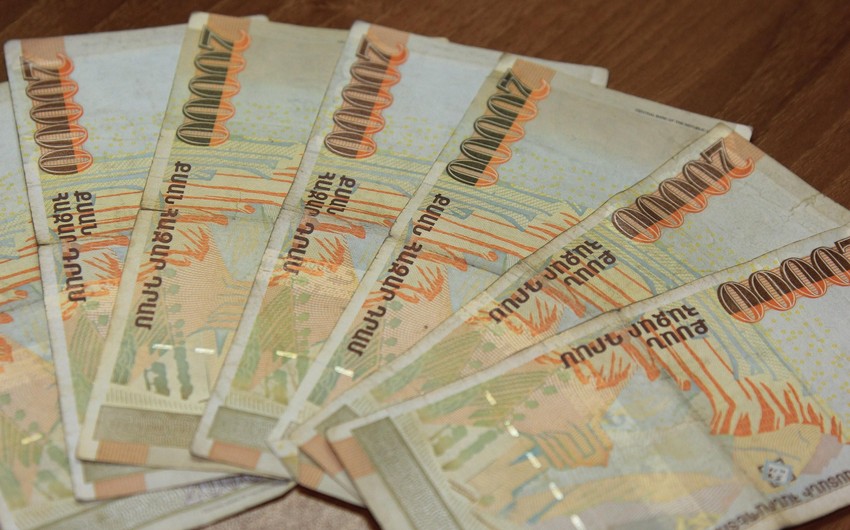 The war in Karabakh, unbearable for Armenia, finally ruined the economy of this country. As a rule, the Armenians themselves lying about any obvious facts are forced to admit the deplorable state into which this country's leadership brought its citizens. Amid the almost complete absence of self-sufficiency tools in food and industrial goods, their prices are steadily growing.

Moreover, the state budget is completely depleted by military expenditures. It is doubtful that the government will fully implement social programs soon and pay pensions and wages. "For one month of the war, the Armenian economy suffered at least $ 3.5 billion. Also, if we consider the alternative costs and lost opportunities, then this damage increases several times. These figures are rather high indicators for a country with a gross domestic product (GDP) of $ 13.7 billion," said Ayaz Musayibov, head of the department at the Center for Analysis of Economic Reforms and Communication. 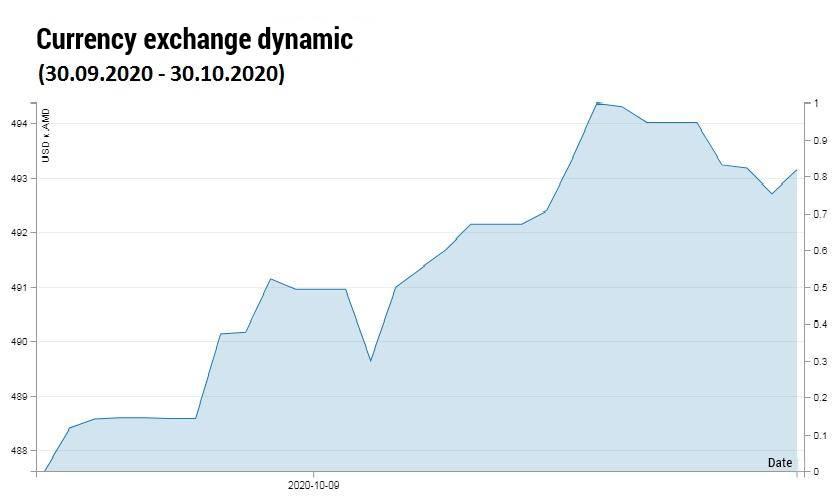 The national currency of Armenia, the dram, also significantly "sank." First, the COVID-19 pandemic, and then the military actions provoked by Armenia in Karabakh, left no chance for the Armenian currency to calm down. According to the National Statistical Committee of Armenia report, the Armenian dram weakened its position against the US dollar for five months of 2020 by an average of 4.91 drams. If in January 2020, the average monthly payment for US $1 in Armenia was 479.21 drams, in May, this figure reached 484.12 drams.

At the same time, this indicator amounted to 483.95 drams per 1 US dollar on average in January-May. As of today, the official exchange rate is 493.15 drams / 1 dollar; in just the last week, it has dropped by 0.34%. Until the end of this year, the Armenian currency's further fate is also seen as very "dramatic." "We said that the devaluation of the dram in Armenia is inevitable, given the chronic deficit in the balance of payments and this country's state budget. Forecasts have not changed for today. The only thing that keeps the dram from complete failure is a sharp decline in purchasing power in this country," said Vusal Gasimli, executive director of the Center for Economic Reforms Analysis and Communication. 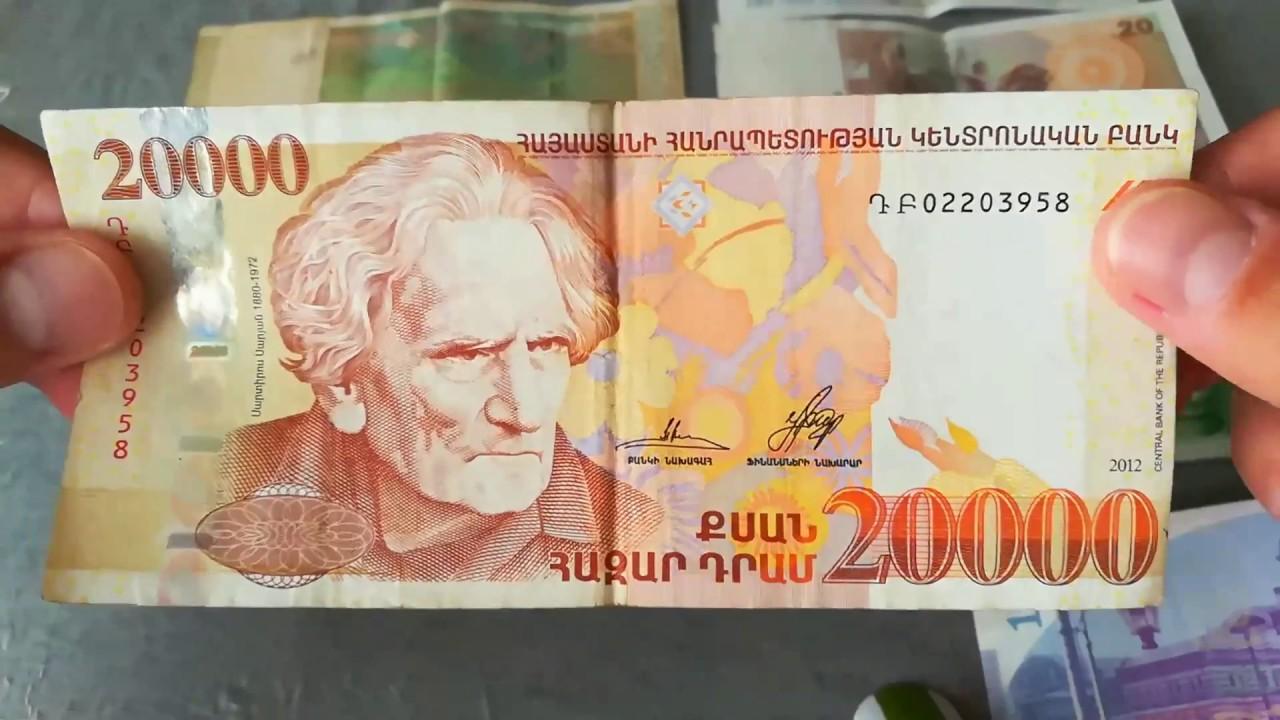 The fact is that Armenia is a country with an almost wholly consumer economy, as mentioned above. This country's primary income is money transfers, grants, and humanitarian aid from abroad in brief, handouts, and alms from more" wealthy" relatives who have settled well in other countries. However, today, as you know, the entire Diaspora has rallied its resources to counter Azerbaijan's victorious offensive in Karabakh. Expensive weapons are purchased and smuggled into the war zone, huge sums are paid to mercenaries, and widespread unfair information propaganda is financed. All these "higher goals" overshadow the daily needs of "poor" relatives in Armenia itself. Well, the coronavirus factor – as you know, all countries are going through hard times today, and governments, in this case, direct their resources to social support, first of all, their citizens.

Accordingly, even representatives of medium-sized businesses of Armenian origin abroad do not have the opportunity to earn "extra money" for Yerevan's same poor relatives. For example, according to the Russian Federation of Internal Affairs, in 2019, 303 thousand Armenian citizens were registered in Russia. Besides, the number of illegally working Armenian citizens in Russia fell by 106 thousand last year. "Some of these migrants remained in Armenia, unable to return to Russia for work. Another part of the migrants who stay in Russia will face employment problems, which will affect their remittances back home. The seasonal labor migrants being in Armenia can not maintain the level of the previous sufficient demand, which will hit, first of all, the domestic producer, " Beniamin Matevosyan, an expert at the Political Economy Research Institute (Yerevan). 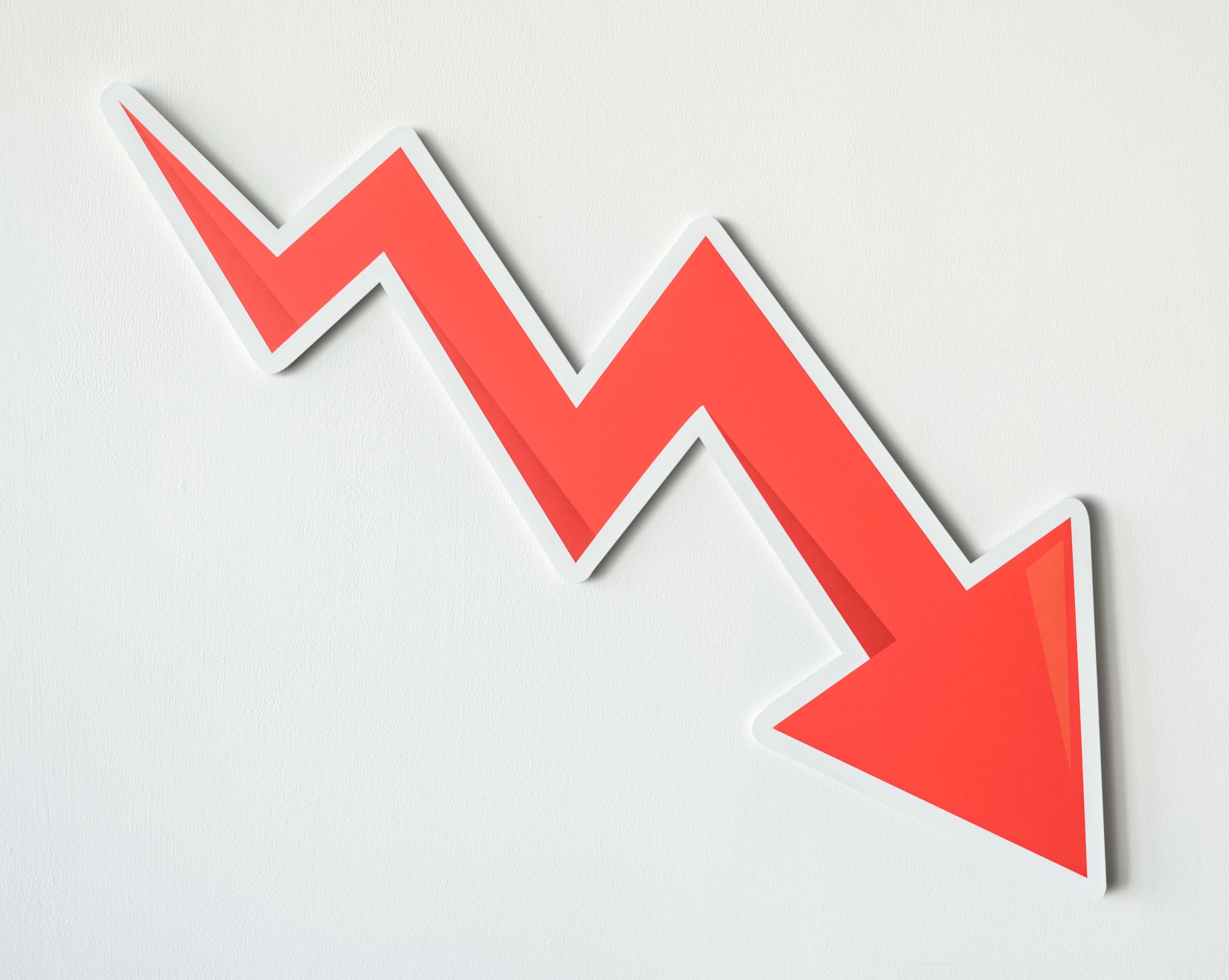 In a word, Armenia's situation now resembles two old Armenian men's fate, abandoned by their children and the whole village in the liberated Hadrut. According to official data, even before the war, each of the 4 Armenian citizens lived below the poverty line: every 6th one faced a lack of food funds. As the Armenian Statistical Committee said for the period from January to June 2020, trade in the republic decreased by 11% compared to the same indicators in 2019. It amounted to 1.518 trillion drams (about $ 3 billion). Naturally, over the past month, these numbers could only increase. Thus, both the Armenian currency and the economy will face a fiasco in the coming months, as the army suffered in the Karabakh war.