Chinese stock market suffered major losses Dollar is expected to increase in China up to 8,00 CNY / USD this year
2437 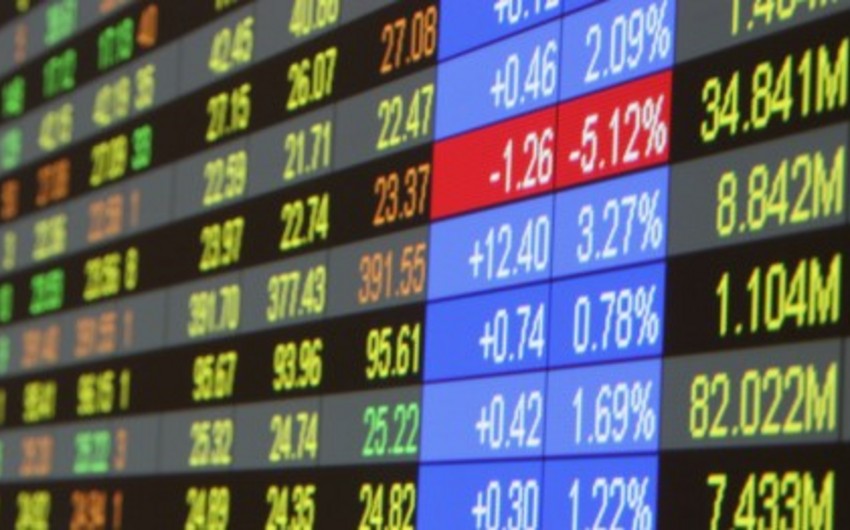 Baku. 5 January. REPORT.AZ/ China’s two stock markets closed lower after a choppy day of trading Tuesday that saw Shenzhen — fresh from its biggest loss in nine years on Monday - drop another 1.86 per cent.

Report informs referring to Bloomberg, share prices seesawed a day after Chinese bourses sparked a global rout, denting the FTSE All-World Index slid as much as 2.7 per cent, its biggest fall since the August 24 turmoil.

On Tuesday the Shanghai Composite Index closed down 0.26 per cent. The CSI 300, a collection of blue-chips on both exchanges, inched up 0.28 per cent.

Chinese markets have been spooked by fresh concerns over the health of the domestic economy, sending global equities down by the most in more than four months.

The stock market declines came after the renminbi fix was again set weaker on Tuesday and after a widely watched gauge of the health of Chinese manufacturing on Monday indicated that activity fell for a fifth straight month in December.

Underscoring concerns about the global economy, a US manufacturing index released on Monday fell to its lowest level since 2009, even as the Federal Reserve prepares to follow up its initial interest rate increase last month.

Maurice Obstfeld, the International Monetary Fund’s new chief economist, said that China still faced “serious challenges” in restructuring its economy, identifying this as “high on the list” of things to watch carefully in 2016.

While oil prices were supported by rising tensions between Saudi Arabia and Iran, most other commodity prices - which are acutely sensitive to China’s economic prospects — dipped again on Monday, while safer assets such as government bonds rallied sharply as investors sought havens.

China’s market meltdown follows last year’s rout that at one stage wiped 45 per cent off the value of the Shanghai stock market, prompting Beijing to introduce several measures to prop up prices, including state-orchestrated buying of shares and a circuit-breaking mechanism.

Investors are now worried that the unwinding of emergency rescue measures could place fresh pressure on the market, even as corporate earnings remain weak.

“With the overall economy not showing much sign of recovery, the market just rotated through various hyped-up investment themes at the end of last year. Those themes are now played out,” said Zhu Bin, analyst at Southwest Securities in Shanghai. “The circuit- breaker mechanism is an artificial interruption of the market correction and it may actually strengthen the impact of the correction.”

The securities regulator halted large-scale share purchases in late August, though it pledged to maintain existing holdings indefinitely.Initial public offerings resumed last month after a halt imposed in July, a move that could draw demand away from existing shares.