Banks under threat due to transition to green economy 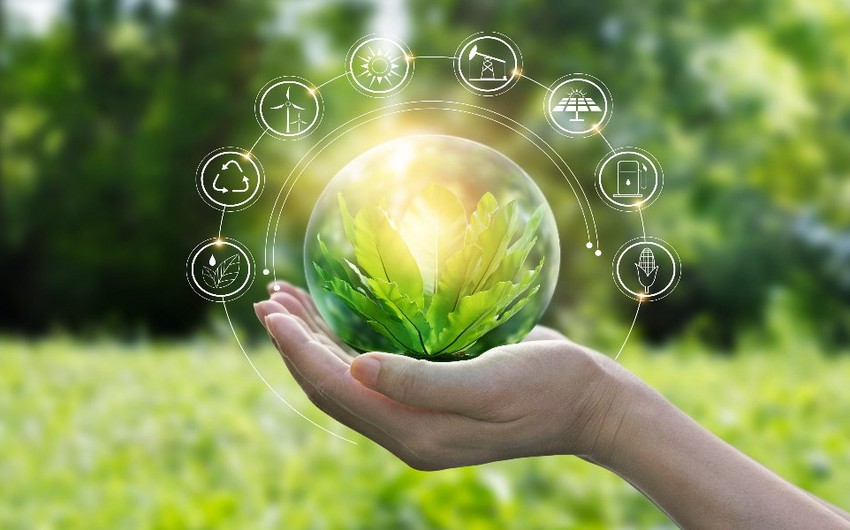 A rapid and chaotic energy transition would leave Europe’s biggest banks in financial peril comparable to the subprime crisis that US lenders faced in 2008, Report informs referring to Bloomberg.

The 11 largest banks in the European Union, including BNP Paribas SA, Deutsche Bank AG, and UniCredit SpA, have 532 billion euros ($648 billion) of investments and loans financing everything from extraction to transportation of fossil fuels, equivalent to 95 percent of their total common equity tier 1 capital (CET1), according to a report from think tank Rousseau Institute, Friends of the Earth France and fellow environmental nonprofit Reclaim Finance.

A sudden drop in the value of these “fossil-fuel assets” would deplete the banks’ capacity to absorb losses and might even leave them vulnerable to bankruptcy, the researchers said.

While oil, gas, and coal have fueled economic development since the industrial revolution, the level of carbon dioxide in the atmosphere is at record levels.

Scientists have been warning that to avoid the most catastrophic impacts of climate change and reach the Paris Agreement’s goal of keeping global warming below 2 degrees Celsius, emissions must be cut in half by the end of this decade and reach net zero by 2050.

“The devaluation of fossil assets held by banks, following the inevitable ecological transition, could produce significant turbulence or even generate a new financial crisis,” according to the report. “The loss in value, whatever the speed, could put banks in a situation of bankruptcy.”