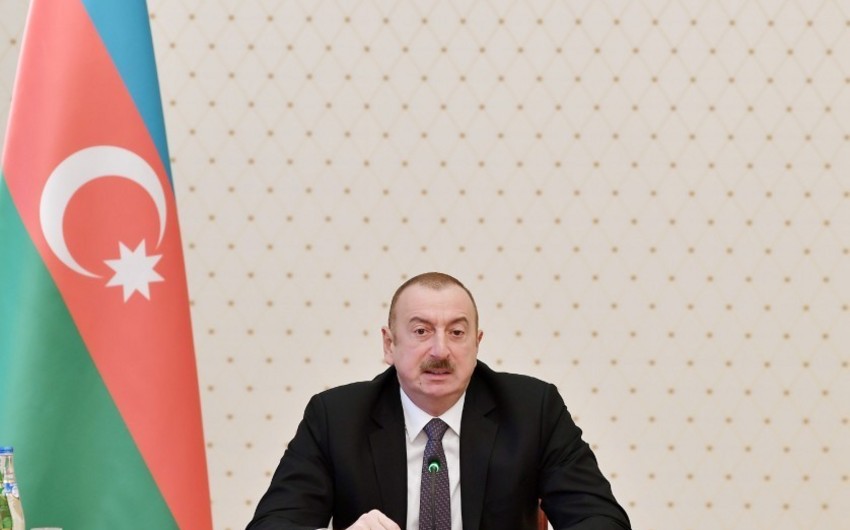 Baku. 25 February. REPORT.AZ/ “The exchange rate of the Azerbaijani manat has remained stable for more than a year and inflation fell to its lowest level,” said President Ilham Aliyev at the meeting on economic and social issues, Report informs citing AzerTag.

“The economic, macroeconomic situation is stable, the exchange rate of manat has been stable for more than a year and inflation is at its lowest level. That is, all this was possible thanks to what has been done, and once again shows that there is no alternative to social and economic reforms. Very serious reforms will also be carried out and further deepened in the upcoming months of 2019, in order to ensure the development and progress in every sphere of the country, and a better life for the citizens,” the head of state said.