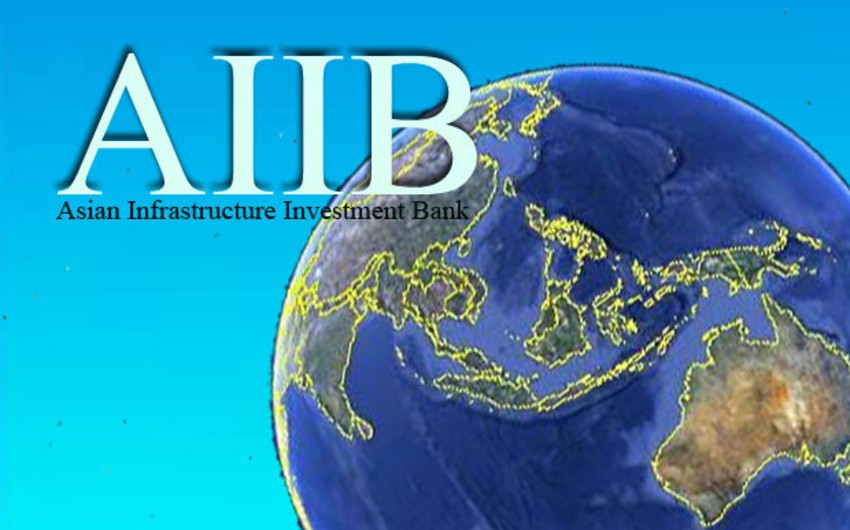 Baku. 29 June. REPORT.AZ/ One of China's biggest ever foreign policy successes will take concrete shape on Monday when delegates from 57 countries sign an agreement on the Asian Infrastructure Investment Bank (AIIB) in Beijing.

Report informs citing foreign media, the founding members of the China-backed AIIB will sign articles of agreement that decide each member's share and the bank's initial capital.

The multilateral institution, seen as a rival to the Western-dominated World Bank and Asian Development Bank, was initially opposed by the United States but has attracted many prominent U.S. allies including Britain, Germany, Australia and South Korea. Other founding members include most Asian nations and countries from the Middle East and South America.

Japan and the United States are the most prominent nations not represented in the bank. China has said it has left the door open for them to join.

"It's a huge diplomatic and strategic win for China," said Malcolm Cook, a senior fellow at the Institute of Southeast Asian Studies in Singapore, said of the AIIB.

"(But) the fact that so many have signed on will mean that the management of the AIIB will be quite complicated...The more countries you have on board, the more interests will be at play and more each member will of course want the institution to serve their own interests."

One senior Western diplomat in Beijing said China had felt it had no che but to set up its own bank after repeated attempts to reform existing institutions like the International Monetary Fund to take into account China's role as the world's second-largest economy were blocked in Washington.

"The United States only has itself to blame," said the diplomat, from a country which has signed up to the AIIB, speaking on condition of anonymity.

Asian countries are expected to own up to 75 percent of the bank while European and other nations will own the remainder. Each Asian member will then be allotted a share of that 75 percent quota based on their economic size, two Japanese sources have said.

The AIIB will begin with authorized capital of $50 billion, eventually to be raised to $100 billion.