Azerbaijan invited to G20 summit 38 countries have been invited, from Azerbaijan to Chad, from Denmark to Laos, from Sweden to Zimbabwe.
393 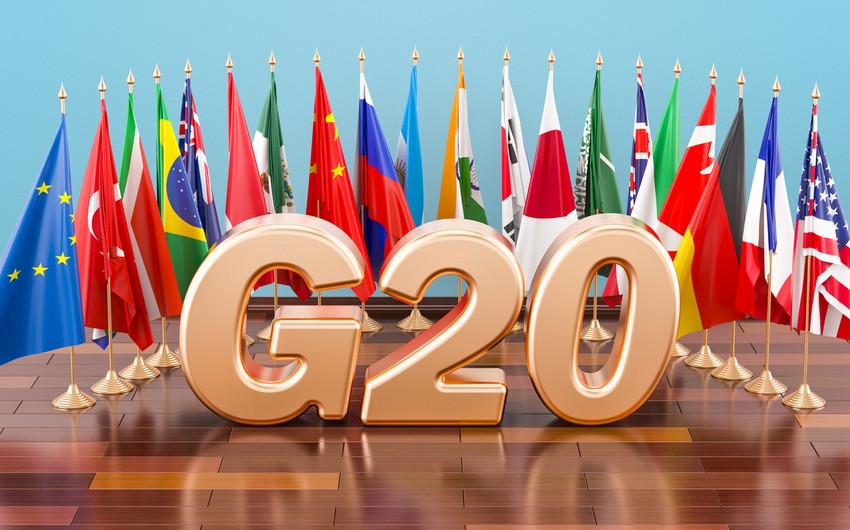 Italy has been given the chairmanship of the G20, which brings together the world's 20 most important countries. On paper, they represent 60% of the world's population and 80% of its Gross Domestic Product (GDP). While the shaky Italian government will somehow perform this task (in the general indifference of the political system), the fact remains that this prestigious position is very deceiving: the G20 is now a very weak institution that brings no kudos to the rotating chairman.

Besides, it is actually the institution that bears the greatest part of the responsibility for the UN's decline as the body responsible for global governance, a task that the G20 has very seldom been able to face up to.

38 countries have been invited, from Azerbaijan to Chad, from Denmark to Laos, from Sweden to Zimbabwe. It is essential to mention that the G8 suspended Russia in 2014 because of its annexation of Crimea. Trump, in his inexplicable deference to Putin, asked for its readmission to the G8, and this was refused by the other countries. The G7 has kept meeting as "a steering group of the West." At the same time, the G20 meets regularly, with Russia as part of its members.

Italy has the task of inviting all those different actors, establishing the agenda and planning, and hosting a series of ministerial-level meetings, leading up to the summit of government heads. Italy has decided as agenda "The three P": People, Planet and Prosperity. This imaginative and original plan will be structured in 10 specialized meetings, like Finance (Venice July 9-10th); Innovation and Research (Trieste Aug. 5-8th); Environment, Climate, Energy (Naples, July 22nd), to give a few examples. Besides these ten specialized meetings, there will be 8 "engagement groups," which will go from business to civil society, youth, etc.

The G20 is formed by countries that are involved in different and often contradictory groups. For instance, after Trump killed the TTP (the Transatlantic Pacific Partnership), that Obama was able to put together excluding China, with a vast range of counters going from Australia to Mexico, from Canada to Malaysia, China was able to reciprocate, and crate the Regional Comprehensive Economic Partnership, which puts together the same countries plus some others and leave outside completely the United States. This commercial bloc is the largest ever created and has 30% of the world's population and 30% of its GDP. But the European Union (to which Italy belongs) has explicitly taken a path of European nationalism to make the EU able to survive in the coming competition between China and the United States. European Union (and therefore Italy) are also NATO members, where the United States is the indispensable and fundamental partner. And in the G20, China seats with India, which is the only country that has refused to join RCEP and takes an alternative path to China's expansion in Asia. But this is also Japan'sJapan's policy, which is very active in G7, in the G20, and has entered RCEP, and considers, like South Korea, a priority to limit the Chinese expansionism.